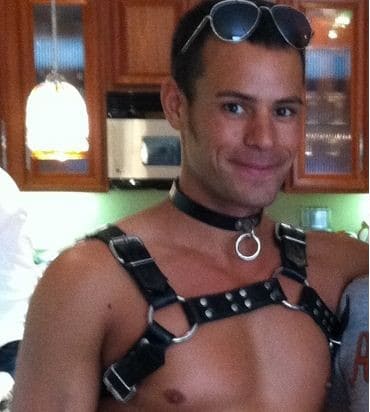 A San Diego jury says police did not discriminate against a gay man who was arrested for wearing a revealing gladiator costume at the city’s gay pride parade.

Will Walters was arrested in 2011 for violating a public nudity ordinance which police say they fairly enforce at other local events such as Comic-Con. Walters, however, insists he was singled out and that his black Calvin Klein thong and custom-made leather kilt covered up enough of his body to be within the city’s laws.

“The jury confirmed what we’ve always known, which is that San Diego does not discriminate in its enforcement of nudity laws,” City Attorney’s Office spokesman Gerry Braun said in a statement. “Our office would not tolerate discrimination against the LGBT community or any other group.” […]

The five-day trial in downtown San Diego included some PG-13 moments. Jurors were repeatedly shown photos of women in thong bikinis, and police officers on the witness stand were asked to determine if the women would be considered in violation of the public nudity law. There was a pair of black Calvin Klein thong underwear held up to jurors, depicting what Walters wore underneath his costume. And there were multiple discussions about the definition of “buttocks.”

The ordinance requires an opaque covering over certain body parts, including the buttocks. […]

According to city records, “Of the 104 public nudity citations issued by the city from 2007 to 2012, none except for Walters’ was for someone in a thong.”

You can view Walters’ apparently illegal outfit that he wore to Pride, here and here.