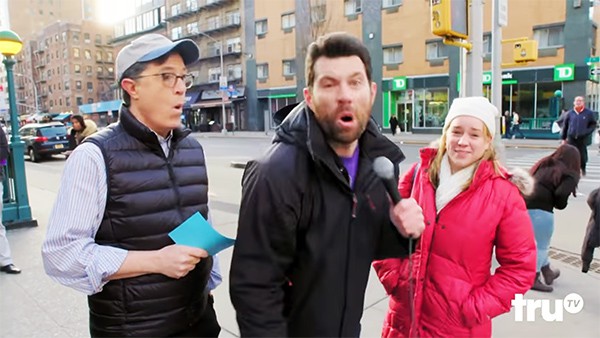 A curious theory that emerged after an election in which 3 million voters nationwide were “outnumbered” by 80,000 voters in the Rust Belt was that liberal voters on the coasts somehow lived in a bubble. They should instead blame themselves for not scapegoating Mexicans, Muslims and China for the nation’s perceived ills.

Billy Eichner and Stephen Colbert decided to take to the streets of Manhattan and ask New Yorkers what they thought of their so-called bubble. Not surprisingly, these urban dwellers point out a few dissenting views, including that many New Yorkers come from somewhere else in the first place and are hardly isolated. In the end, Billy and Stephen try out their own personal bubbles, perhaps a bit too literally.