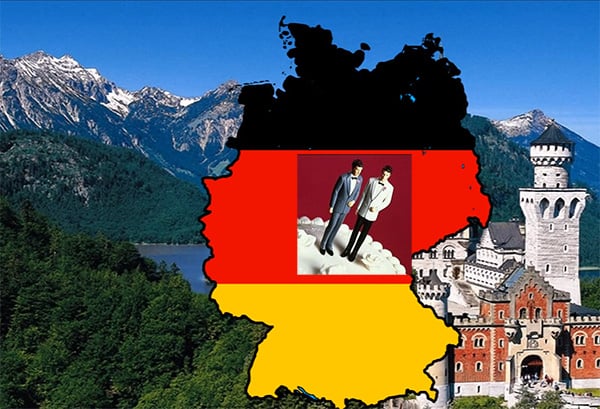 A new study commissioned by Germany’s Federal Anti-Discrimination Agency has found that an overwhelming majority of Germans, 83%, expresses support for marriage equality. The result is perhaps not so surprising for one of Western Europe’s characteristically socially liberal countries, but that its government still refuses to go forward with legislation permitting same-sex marriage is.

Despite neighbors Belgium and the Netherlands having been the first to legally usher in same-sex marriage over a decade ago, joined more recently by France, and even the traditionally Catholic countries Spain and Portugal along the way, the largest country in the European Union clings to antiquated civil unions. While half a loaf might be better than none, German’s anachronistic approach grows more so with each passing year. Given that its chancellor, Angela Merkel, has been in power since 2005—a span of time that represents much of the progress made on this issue—and has also repeatedly ruled out any moves toward legalizing same-sex marriage, it is clear that she and her ruling party, the Christian Democratic Union, pose the chief political stumbling block, rather than prevailing social attitudes among her constituents.

Merkel’s typically cautious and deliberate ruling style might lend itself to this obstinate stance, as does the socially conservative base of voters that lean towards the CDU; as she has grown increasingly embattled, largely and disappointingly due to her principled and humane approach to the refugee crisis precipitated by Syria’s civil war, anything that might make further waves among her bastion of support has become further suspect.  Of course, all this seeming calculation should seemingly go out the window given that the statistical level of support for marriage equality appears to make the issue non-controversial.

Her government has been sluggish or negligent to codify other LGBT rights, such as adoption, but has not been openly hostile to LGBT issues otherwise; furthermore, Merkel’s former foreign minister, the late Guido Westerwelle, was an openly gay politician and activist. But as long as the main opposition party, the Social Democrats, still appears unlikely to prevail in elections slated for later this year, it appears that any movement on this issue must come from within CDU ranks. The question remains: if the country is more than ready for marriage equality, shouldn’t its leaders follow suit?

Previous Post: « Gay Restaurateur Shares an Inspiring Pledge We Can All Use to Combat Trump’s Values
Next Post: White Supremacist Leader Richard Spencer Punched in the Face During Anti-Trump Protests: WATCH »