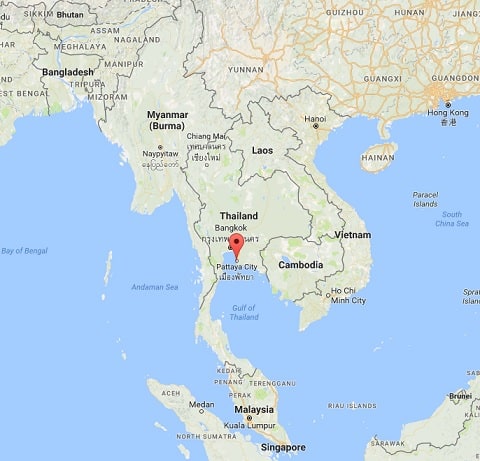 Under a policy in place since 1993, LGBT prisoners are already separated from other inmates.

The Associated Press reports that in many Thai prisons LGBT prisoners mix with other inmates by day but sleep in their own quarters.

Watcharavit Vachiralerphum, the warden at Pattaya Remand in resort city Pattaya, said “If we didn’t separate them, people could start fighting over partners to sleep with. It could,” he added “lead to rape, sexual assault, and the spread of disease.”

“There are people that discriminate against gays.

“If I happen to sleep next to someone who hates gay people, I wouldn’t know it unless they show it. What if they hurt me one day?”

Plans are now afoot for a separate LGBT facility on the outskirts of Bangkok. The idea was first proposed as a measure to keep LGBT people safe, but it stalled over concern that it would keep inmates far from their families.

Jean-Sebastian Blanc, an expert on prisons at the Switzerland-based Association for the Prevention of Torture, said:

“Building and reallocating an entire prison facility for LGBT prisoners is as a matter of fact a measure of segregation.

“There is a significant difference between a public health policy aiming at preventing transmissible diseases and segregating a segment of the population on the basis of their sexual orientation or gender identity.”

In 2010, officials in Italy announced plans for a prison catering to transgender women. However, the Ministry of Justice scuppered that plan over concerns that a special jail was a form of discrimination.

In Turkey, activists are attacking a proposed “pink prison” over concerns that inmates there could face worse conditions than regular inmates because of anti-gay stigma.