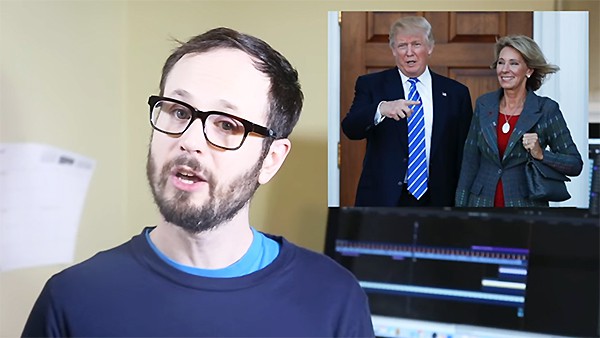 With tomorrow’s inauguration looming, Matt Baume has enumerated the ways in which the incoming administration could rollback the advances and protections the LGBT community has achieved over the course of two terms under President Obama.

Baume’s rundown serves both a primer for activist vigilance going forward as well a look back on how the Obama administration advanced LGBT causes in ways both great and small. While marriage equality garners the most visibility and attention, there are various bureaucratic approaches that served to codify and enact LGBT recognition and privileges equal to those others have enjoyed.

These include federal hate crime prosecution, nondiscrimination by federal contractors, and applicability of the Family and Medical Leave. The likely forthcoming repeal of the Affordable Care Act will remove provisions that prevent the denial of coverage simply for being gay. And even before the potential winding judicial road which could lead to the appointment of new Supreme Court justices that would be inclined to revisit or reverse decisions such as Windsor and Obergefell, there were ways in which the Obama administration streamlined the implementation of across-the-board recognition of same-sex unions that a Trump administration could conversely complicate or let wither through not-so-benign neglect.

Baume also sifts through the numerous cabinet appointees who are on the record as ambivalent or openly hostile to LGBT equality and rights, covering various major departments from Justice to Education to Housing and Urban Development to State. The latter, in particular, could have negative repercussions not just at home but globally, as the current tens of millions of dollars in allocations the State Department contributes to the Global Equality Fund, which promotes LGBT tolerance and rights abroad, are unlikely to continue.

The overall effect is not simply to discourage or alarm, although both are certainly valid reactions, but also as a call to action to ensure pushback from the grassroots against a Trump and GOP stranglehold on all the levers of power for the foreseeable future.