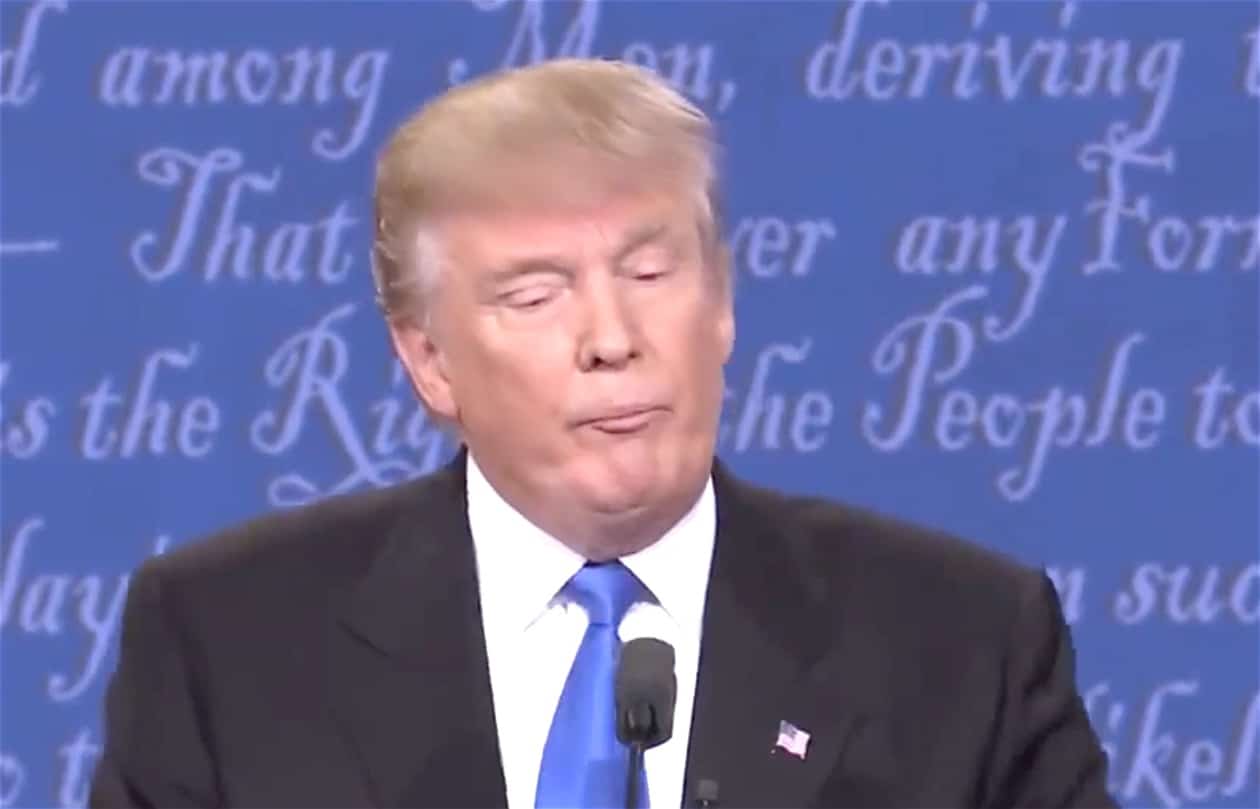 Donald Trump gave an interview to the website Axios, which asked him about lying.

When asked if it’s ever okay to lie, Trump responded: “I don’t want to answer the question because it’s–it gets to, you know, a different level than what we’re talking about for this interview.”

In other non-lies from the President-elect’s mouth, he told Fox & Friends on Wednesday that he doesn’t want celebrities at his inauguration:

He also told CNN that he was “never in that room” at the Ritz-Carlton in Moscow where the alleged prostitutes were giving each other golden showers:

“It’s made up. Never existed. Never happened. And the reason I say that so strongly because nothing is ever going to show up. There’s never going to be a tape that shows up. There’s never going to be anything that shows up. Now, I would be very embarrassed if a tape actually showed up, saying something like that. It would be double embarrassed because I’m saying there is no tape. There is no event. I was never even in that room for that period of time. They made stuff up.”