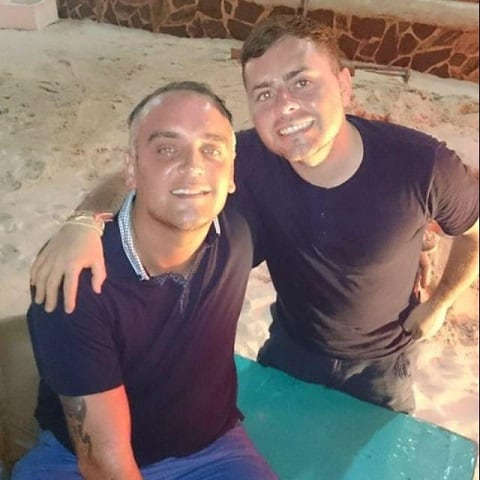 A gay couple from Northern Ireland claim they were robbed and raped following a night out in Phuket, Thailand.

Belfast couple Gerald Drumgoole (above left) and Michael Burnett (right) said that their drinks were spiked before their attackers stole two iPhones and cash. Drumgoole and Burnett were then subjected to a “horrific sexual assault.”

After returning home last Wednesday, the couple underwent a medical exam by their doctor who confirmed they had been raped.

RELATED: Thailand Isn’t Always the LGBT Paradise it Appears To Be. Just Ask These Gay Dads

“We have been to Thailand before, but we have never experienced anything like this,” Gerald told Belfast Live.

“On the night we were attacked Michael and I decided to go out for some drinks to celebrate New Year’s Eve. We had a beer in one bar and then moved on to another. It was in the second bar that our drinks were spiked with a date-rape drug.

“After that we can’t remember anything. It was only well after the attack took place that we realised that we had been attacked and raped.

Drumgoole added that their travel insurance company OUL Direct “abandoned” them in Phuket:

“We were told that we had to contact the insurance company before deciding on which hospital to go to in Phuket. We phoned OUL Direct for five days and all they kept telling us was that they would send an email on and get someone to call us,” Gerald said.

“On the fifth day my family back in Belfast got in touch with the British Embassy in Bangkok and we finally got sent to a hospital, but the hospital wouldn’t accept our insurance documents.

“We then got sent to a private hospital, which insurance companies don’t usually do, but because of our case they got us into this facility. The insurance company also said they would cover all charges, because they knew we had no money after being robbed.

“It was agreed that our excess fee would be paid, but after we received the treatment we were told we had to pay it.”

Gerald also claimed OUL Direct told the couple to leave the hospital without paying, as long as they still had possession of their passports.

“They basically told us to flee the hospital. That is completely illegal. We could have ended up in a Thai prison,” Gerald added.

“We take all complaints very seriously and are sorry that this situation has occurred. However, OUL Direct do not deal with emergency assistance cases directly and therefore we are not aware of the details of this case at this time. The company who operates the emergency assistance service on behalf of the underwriter on this policy is Travel Assistance Facilities. We will also investigate this situation as a matter of urgency.”

Drumgoole said he is “not expecting any action” from the insurance company.

In an interview with The Phuket News yesterday, Patong Police Chief Col Chaiwat Uikam said he had not received from his officers any official reports of the men’s rape or robbery. However, he added that he is “looking into it.”