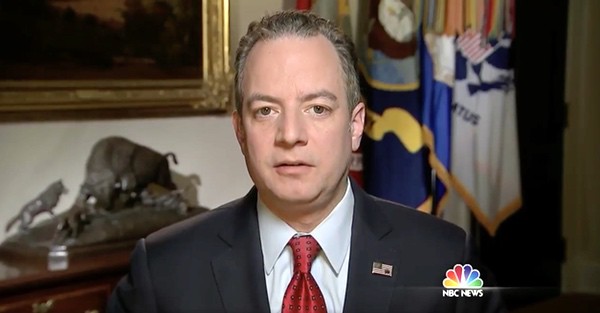 White House Chief of Staff Reince Priebus defended a statement put out by the White House on Holocaust Remembrance Day that did not mention Jewish people or anti-Semitism.

2/2 Puzzling and troubling @WhiteHouse #HolocaustMemorialDay stmt has no mention of Jews. GOP and Dem. presidents have done so in the past. pic.twitter.com/BvZVVoPUSi

“The Final Solution was aimed solely at the Jews. The Holocaust was about the Jews. There is no ‘proud’ way to offer a remembrance of the Holocaust that does not reflect that simple, awful world historical fact. To universalize it to, quote, ‘All those who suffered,’ is to scrub the Holocaust of its meaning.”

He then asked Priebus if he had any regrets about the White House’s statement.

Trump spokesman Hope Hicks excused the statement as well, telling CNN’s Jake Tapper that “despite what the media reports, we are an incredibly inclusive group and we took into account all of those who suffered.”