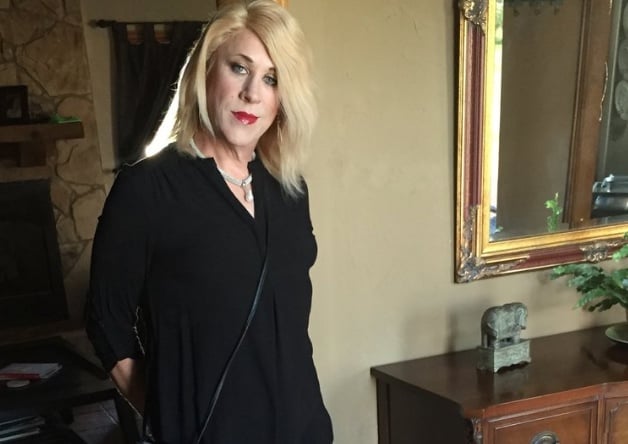 Jess Herbst, the mayor of New Hope, Texas, came out as transgender in advance of a public town meeting on Tuesday night.

Herbst was appointed mayor of the town last year after serving as alderman, road commissioner, and mayor pro-tem, after New Hope’s mayor suffered a heart attack days before the election.

Ms. Herbst suggested on the city’s website that the culture was changing in the United States and directed constituents to her personal website, where she has kept a diary over the years. It included photos of her sitting in restaurants in Europe and of her “embracing leggings” in the gallery of images titled, “Who I am now,” juxtaposed with a section called, “Who I used to be,” with images of her life as Jeff…

…Ms. Herbst also said that she had the support of her family. Her wife grew up in New Hope, and the couple have lived in the town with their two daughters since 1999.

The paper notes that Herbst has received support for her courage in a state where it is legal to discriminate on the basis of gender identity.

As the new mayor of New Hope, I would like to tell you all what a privilege it is to serve you. Since 2003 I have had the privilege of being an alderman, road commissioner and mayor pro-them. In May of 2016, I became your mayor.

My wife has lived in New Hope since she was 2 years old. Along with our 2 daughters, we have lived here since 1999, on the same farm my wife was raised. I was born and raised in Greenville, Texas.

As your Mayor I must tell you about something that has been with me since my earliest memories. I am Transgender. Twoyears ago, with the support of my wife, daughters and son-in-law,  I began Hormone Replacement Therapy (HRT). At the time, I did not imagine I would hold the Mayors position, but here I am.

I know that transgender people are just coming to light in our society, and we have made great strides in the last few years. Celebrities like olympic gold medalist Caitlyn Jenner, Laverne Cox from the show ‘Orange is the new Black’ and popular shows like ‘Transparent’ , society finally has a chance to see and learn about who we are. It is gender identity not sexual preference that applies to me. I love my wife, and she loves me, we have no intention of change. My daughters have been adamant supporters of me and are proud to tell people their father is transgender.

I am self employed and all of my customers have been understanding and supportive.

I live my life as a female now, and I will be performing my duties to the town as such. I have written a blog documenting my decision process and experiences as transgender and I think you would find it contains much insight. The site is JessHerbst.Com

I’m not especially sensitive to the pronoun I’m called, and I expect people to take time to make the change. I use the name Jess, a simple change from Jeff.

I will continue as Mayor and hope to do the very best for the town. Please feel free to email me questions or comments, my email is jess@Herbst.com. The Monthly Town Council meetings are on the last Tuesday of every month, at Town hall on Rockcrest. The meeting begins at 7:30pm. There is a spot for public comment at the beginning of each meeting if you wish to address me, or the council about this or any other town matter. I encourage you to do so, it really is the best way for the council to know what issues need addressing.

Thank you for your attention.