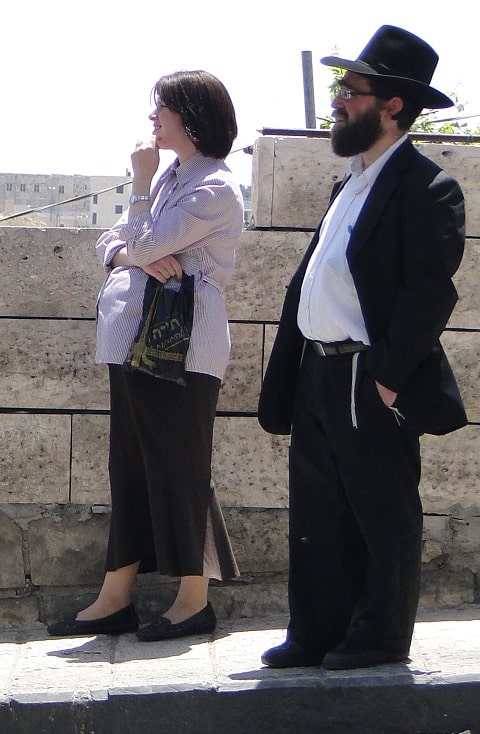 A transgender ultra-Orthodox Jewish woman has been denied direct contact with her children on the basis that they would be shunned by their community if she were allowed to meet them.

Before separating, the family lived in the Haredi Jewish community in Manchester, England. Both parents come from large Haredi families, and wed in an arranged marriage in 2001.

Identified only as J, the transgender woman – who left the family home in 2015 – had brought the case seeking to have contact with the children. She had asked that she “should be sensitively reintroduced to the children, who should be helped to understand her new way of life”.

According to the Guardian, the birth mother insisted that allowing her former husband access to the children would lead to them being ostracized by their community.

Following a ruling by Mr Justice Peter Jackson, the woman will be allowed only to send letters to her children because there is a chance of  them being “marginalised or excluded by the ultra-Orthodox community” if face-to-face contact were permitted.

In his judgement, Jackson wrote:

“These children are caught between two apparently incompatible ways of living, led by tiny minorities within society at large. Both minorities enjoy the protection of the law: on the one hand the right of religious freedom, and on the other the right to equal treatment.

“Despite its antiquity, Jewish law is no more than 3,500 years old, while gender dysphoria will doubtless have existed throughout the 120,000 years that homo sapiens have been on earth. Both sides of the question must therefore receive careful attention.”

Jackson added that he would send a copy of the judgment to Nick Gibb, the school standards minister. “If change is required, and that is for others to say, responsibility must fall on the shoulders of the schools, the community and the state, and not on the heads of young children,” Jackson wrote.

A rabbi who supported the claimant’s case said he was concerned by the concept “of the faith as a club from which people could be ejected, though he observed that this evidently happens”. He said he had known children of divorced parents to be sat separately from other children, which he described as “beggaring belief”.

Speaking for the birth mother, another rabbi said he “was clear that transgender and procedures to achieve sex change violate a number of basic principles in Torah law”.

The judge refused to accept the claim that “transgenderism is a sin”. “Sin is not valid legal currency,” he wrote. “The currency of the law is the recognition, protection and balancing out of legal rights and obligations. In this case, to be recognised and respected as a transgender person is a right, as is the right to follow one’s religion.”

(Image labeled for reuse with modification via Wikimedia Commons)