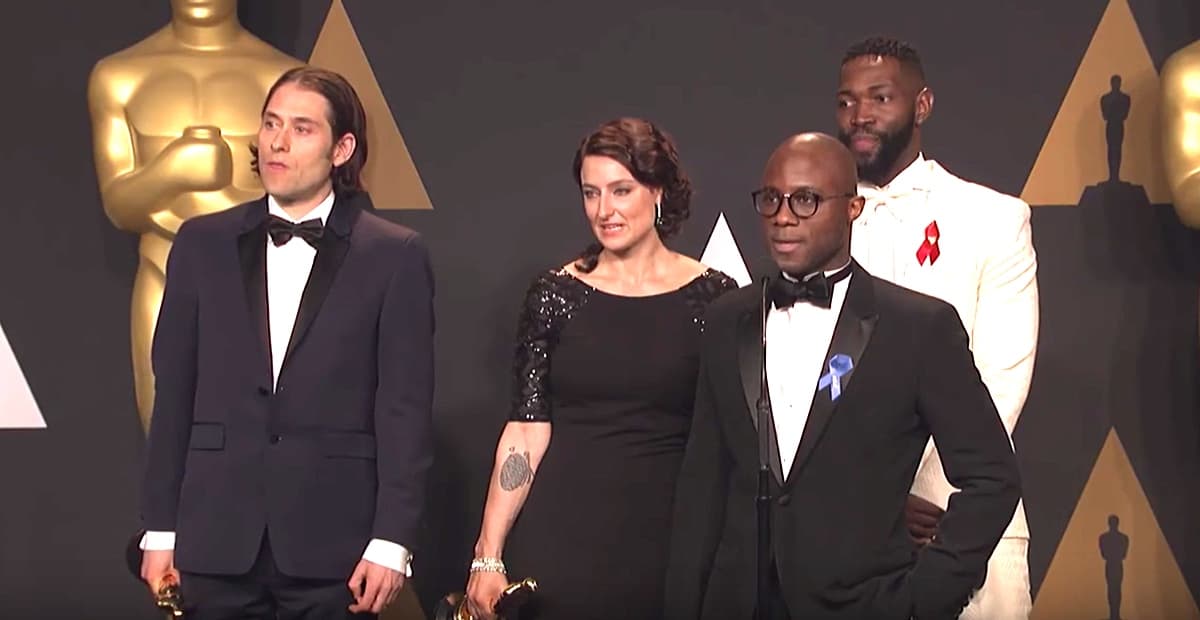 After accepting their awards, Oscar winners head backstage to speak to the press and so it was Moonlight, and not La La Land producers, finally, who headed backstage after the biggest flub presentation in Oscar history.

Asked how the experience of making Moonlight has changed his life, director Barry Jenkins replied, “The last 20 minutes of my life have been insane. I don’t think my life could be changed more dramatically than what’s happened in the last 20 or 30 minutes.”

Jenkins explained what was going through his head as the mistake was revealed:

“I think all the movies that were nominated were worthy so I took the results. I applauded like everybody else. I noticed the commotion that was happening and I thought that something strange had occurred and I’m sure everybody saw my face but I was speechless when the result – that was awkward – I’ve watched the Academy Awards and I’ve never seen that happen before. And so it made a very special feeling even more special but not in the way that I expected.”

He also lamented how the other producers handled a really uncomfortable situation.

“The folks from La La Land were so gracious. I can’t imagine being in their position and having to do that.”