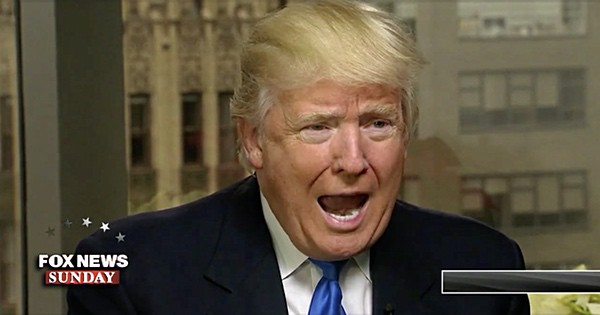 Donald Trump spit out a string of tweets on Wednesday morning, his first remarks since the resignation of National Security Advisor Michael Flynn:

“The fake news media is going crazy with their conspiracy theories and blind hatred. @MSNBC & @CNN are unwatchable. @foxandfriends is great!”

Just to be clear, Trump was fine with leaked information when it was benefiting his campaign during the election.

Meanwhile, the dominos are falling.

More news is emerging that members of Trump’s campaign had repeated contacts with senior Russian intelligence officials in the year before the election, the NYT reports:

American law enforcement and intelligence agencies intercepted the communications around the same time they were discovering evidence that Russia was trying to disrupt the presidential election by hacking into the Democratic National Committee, three of the officials said. The intelligence agencies then sought to learn whether the Trump campaign was colluding with the Russians on the hacking or other efforts to influence the election.

The officials interviewed in recent weeks said that, so far, they had seen no evidence of such cooperation.

But the intercepts alarmed American intelligence and law enforcement agencies, in part because of the amount of contact that was occurring while Mr. Trump was speaking glowingly about the Russian president, Vladimir V. Putin. At one point last summer, Mr. Trump said at a campaign event that he hoped Russian intelligence services had stolen Hillary Clinton’s emails and would make them public.

Another question on people’s minds is, what did Trump know and when did he know it?

Your nightly reminder that at the center of this strengthening hurricane are the tax returns.