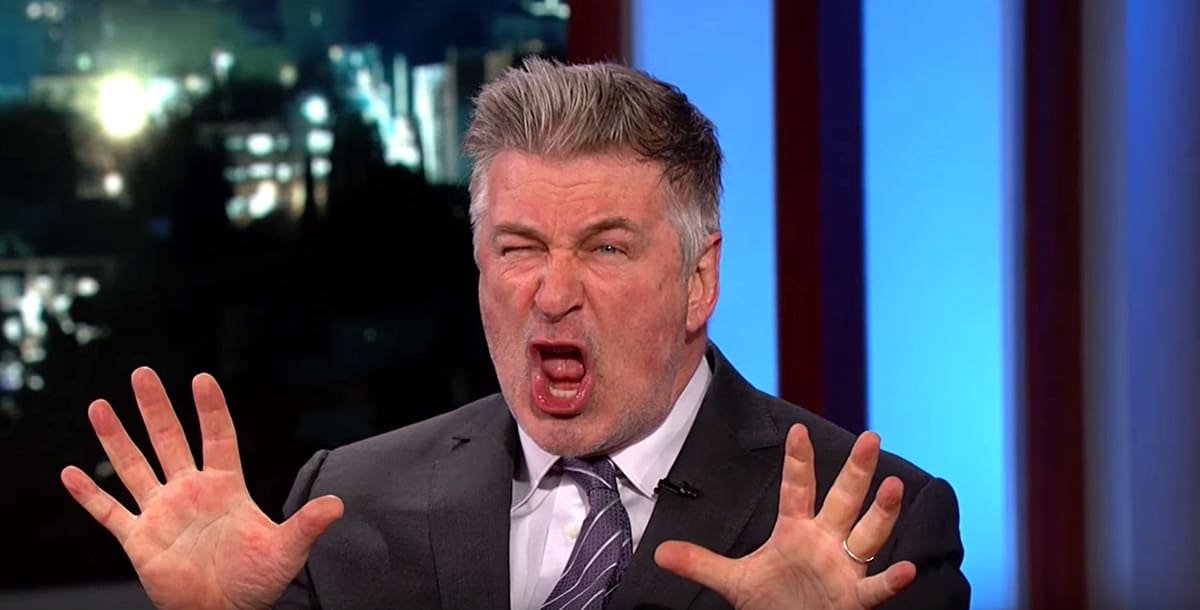 In an appearance on Jimmy Kimmel Live, Alec Baldwin explained how his Trump impression came to be.

“The moment the stage manager takes me to my mark for the first dress rehearsal at 8:00 I had no idea what I was going to do. I just said to myself ‘eyebrow up’. I tried to stick my face out, my mouth out. I was in the make-up room, they’re putting my wig on, and it was like a scene from a mental hospital.”

Baldwin suggested he’s been considering standing in for Trump at the White House Correspondents’ Dinner:

“It’s interesting. There are people who, now that he’s not going to the White House Correspondents’ Dinner, there are people who are lobbying to play Trump at the White House Correspondents’ Dinner. I wouldn’t say I’m not lobbying. People would say, ‘Would you do it?’ And there’s a couple of guys on the internet who say, ‘No, please. I’m the only man who should play Trump.’ And there’s a lot of Trump competition sucked into this.”