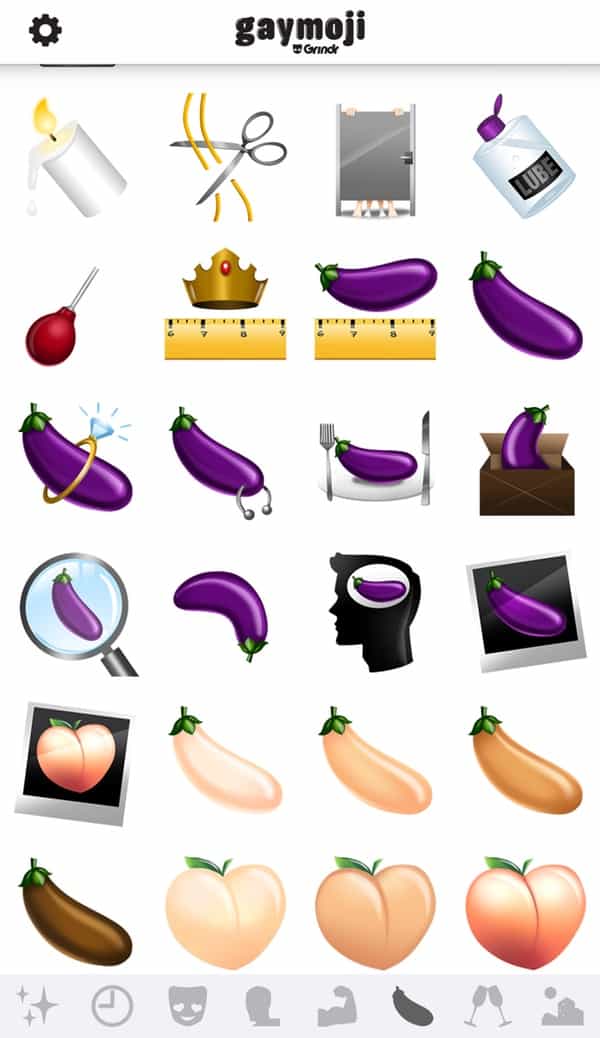 The vintage ad slogan may be “say it with flowers,” but now you can say it with overhauled eggplants and peaches: the gay dating app Grindr now offers 500 “Gaymoji” for its users to jazz up their messages to each other.

As emojis have increasingly taken over informal bursts of communication, the set of conventional, generic and often heteronormative images was often being massaged into meaning other things, wink wink. Now Grindr’s executives, as they explained to the New York Times, have sought to address those limitations and add some fun in the process:

“Almost 20 percent of all Grindr messages” already use emoji, its creative director, Landis Smithers, said. “There’s this shift going on culturally and we need to follow the users where they’re taking us.”

That is, toward a visual language of rainbow unicorns, bears, otters and handcuffs — to cite some of the images available in the first set of 100 free Gaymoji symbols. An additional 400 are there for the unlocking by those willing to pay $3.99 to own digital icons arranged in categories like Mood, Objects, Body, and Dating and Sex.

The company’s founder, Joel Simkhai, said that in his own communications on Grindr he had often felt the need for emoji that were not previously available.

Of course, some gaymoji have already raised a few eyebrows, including one that was widely perceived to coyly represent crystal meth, and that was quietly removed following the fuss.

But if you ever felt the pressing urge to drop a glittering disco ball, joyfully weeping pageant queen, a cloudburst of raining men (the Weathergirls couldn’t be prouder), the proverbial banana hammock, or a bound leather guy into conversation, you need look no further.