Dating site OKCupid refused to back down from the inclusive message of its recent “Every Single Person” promotional campaign after OKCupid LGBTQ-inclusive ads on the New York City subway were torn down by passengers in a viral video.

OKCupid launched the “Every Single Person” campaign earlier this year as a way of highlighting the dating app’s commitment to inclusivity and continuing shift to highlight the continued evolution in gender and relationship definitions. The campaign heavily focuses on LGBTQ identities, including an increased focus on non-binary individuals, and spotlights non-monogamous and polyamorous relationships.

“‘Every Single Person,’ embraces all singles everywhere, no matter whom you’re interested in, what you’re looking for, or what matters to you,” the company said in a blog post announcing the campaign in July. “Our Every Single Person campaign reflects the beauty and complexity of that. Everyone deserves the love they seek – every single person.”

In the video, two people move through a subway car tearing down OKCupid ads promoting the dating app’s inclusion of various LGBTQ identities while calling the ads “disgusting,” “gross” and “propaganda.” They go on to say the images negatively affect children by “normalizing” LGBTQ romantic relationships, which they say will “affect the next generation.”

Their comments trend into conspiracy theory territory later, with the woman in the video claiming that the ad campaign is part of an effort by “the Chinese” to “divide and conquer us” before devolving into run-of-the-mill anti-vaccine rhetoric.

OKCupid issued a statement Monday condemning the vandals’ actions and doubling down on the inclusive message of the campaign. “At OkCupid we celebrate love for every single person, regardless of identity, ethnicity, race, orientation, or gender. Many have reached out to us with heartfelt reactions to our ‘Every Single Person’ campaign, sharing the joy of seeing their true selves represented in advertising,” the company said.

“A much smaller few have had shockingly vitriolic reactions to it; but these reactions only serve to make it even more clear that we must continue to champion ALL people.” the statement continued. “Whether you’re a non-binary person, an environmentalist, a vaccine advocate, or all of the above, you deserve to find what you’re looking for on OkCupid.”

OKCupid CMO Melissa Hobley took aim at the bigotry shown in the video in an interview with PRWeek. “It reminded us that inclusion is more important than ever,” Hobley said. We can handle someone ripping down some ads. What’s not OK [is] to make the kind of statements she made and to destroy public property.”

Hobley had specific words for the group’s claim that the ads would “normalize” LGBTQ and non-monogamous relationships. “Of course we are,” she said.

Speaking to The Advocate, Hobley said OKCupid is happy to put itself “in a line of fire a little bit” in order to support its users. “When you’re hitting a nerve, that’s OK … The most important thing though is that we’re supporting all of our daters,” she said. “If we’re pissing off people that don’t want to celebrate diversity or to celebrate all kinds of love, then that’s OK. You can go elsewhere. We’re totally fine with that.”

The dating app’s response has garnered celebrity support as well, including famed gay actor George Takei. Takei posted a tweet from Hobley on his Instagram account stating “In light of the recent homophobic rant sparked by our ad campaign celebrating all kinds of love, OKCupid is making an even bigger commitment to be inclusive. So thanks for the craziness. Also, put on a mask. You owe the MTA $50.” 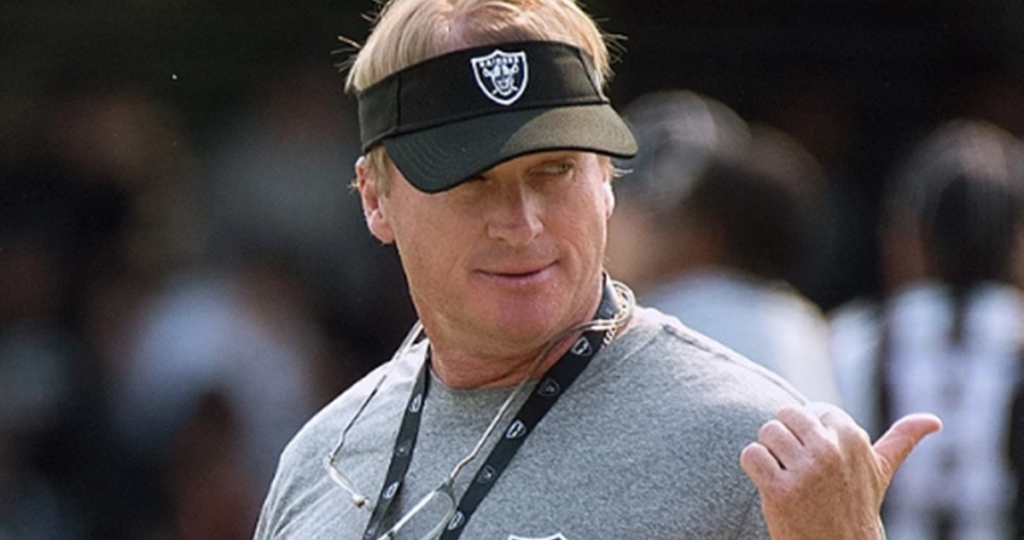 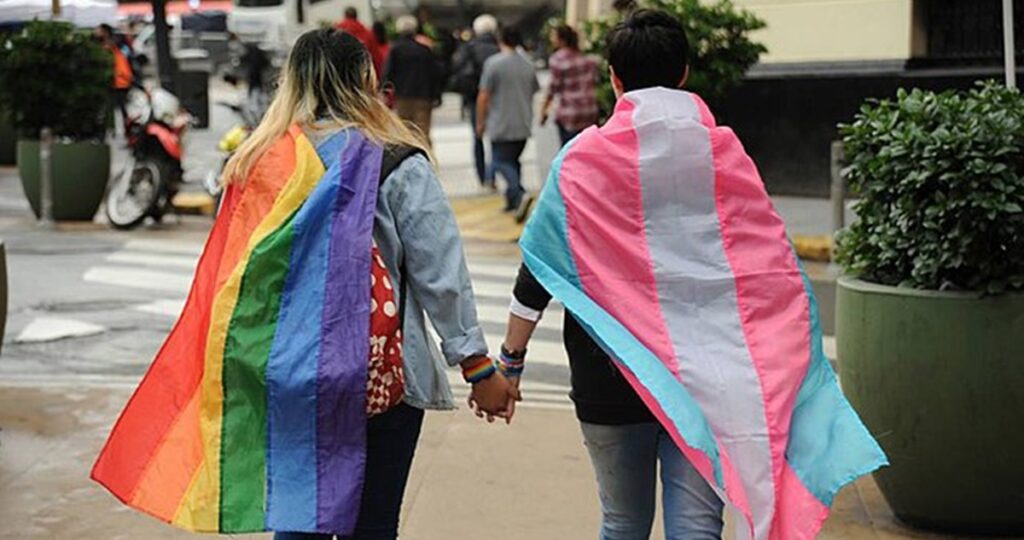 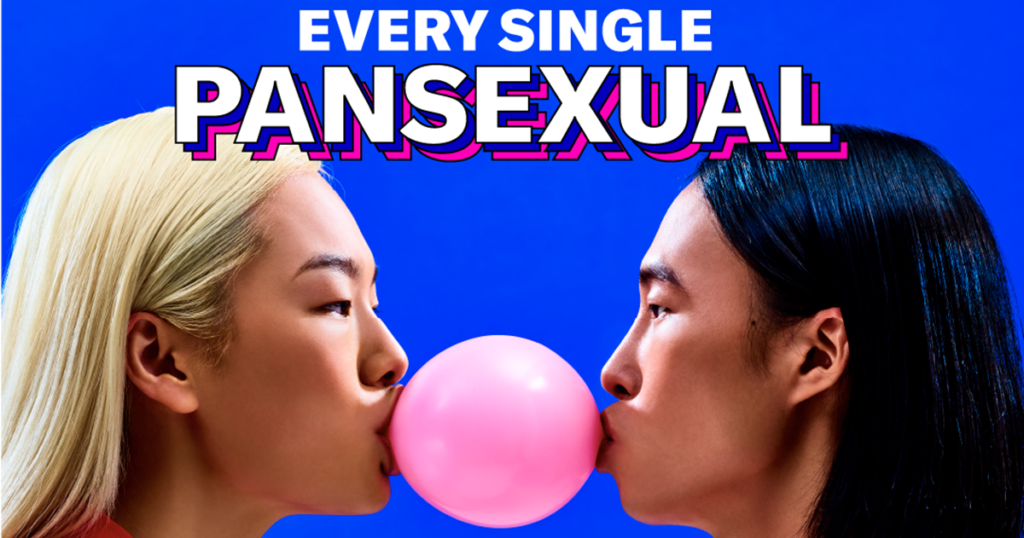 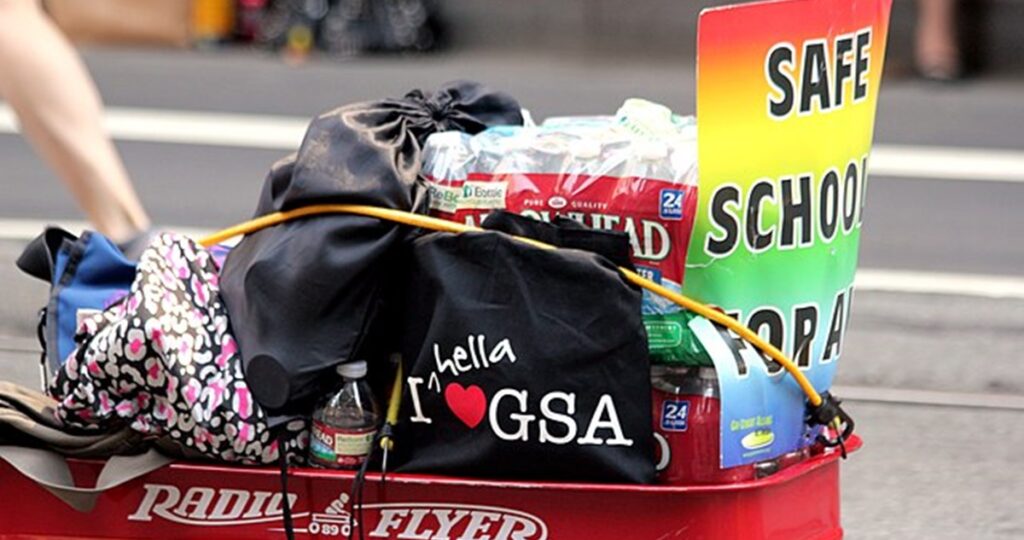 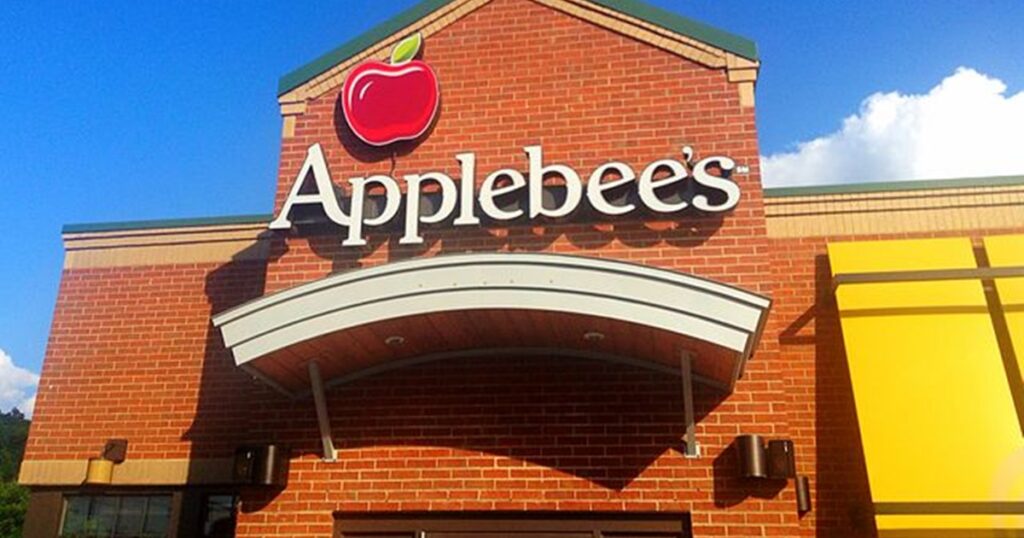 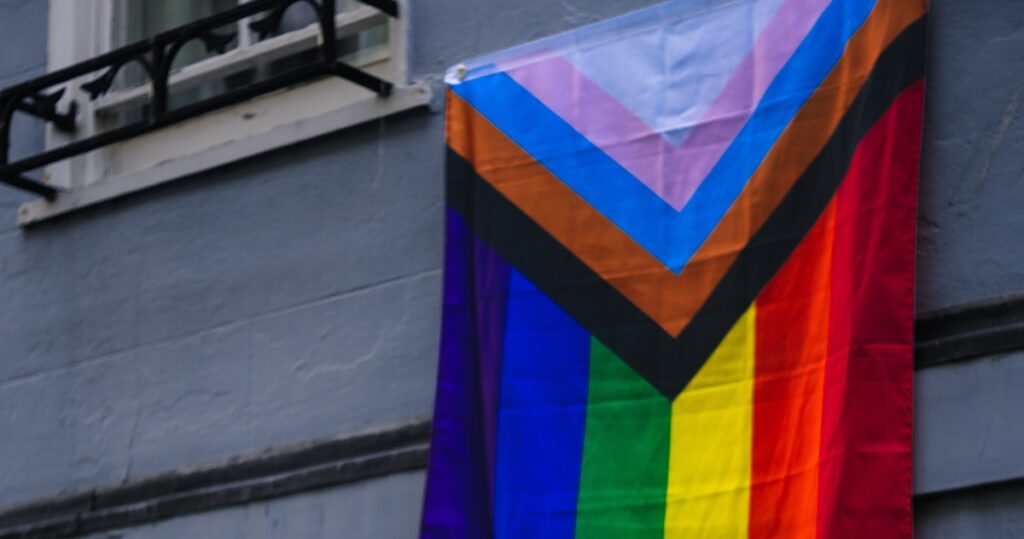 Virginia Tech Pride Flags Torn Down, Confederate Flags Put Up in Place in Act of ‘Intimidation’