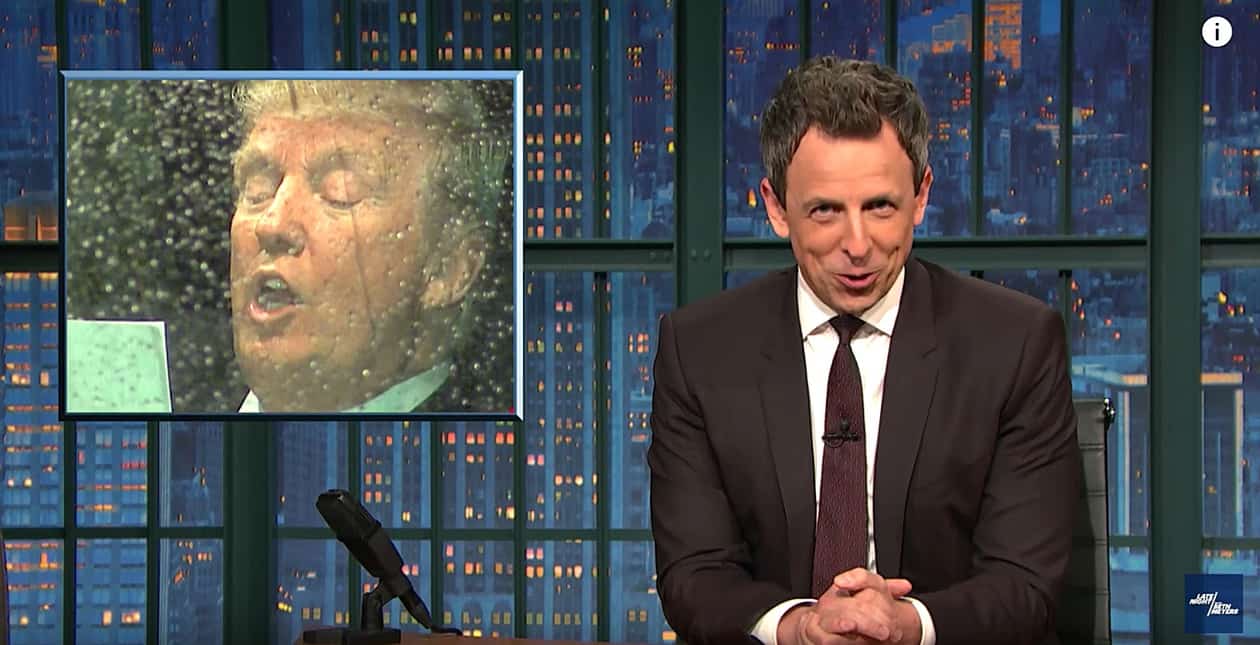 Seth Meyers ripped into the media in his Closer Look segment, scolding them for “salivating over the possibility of a more presidential Trump.”

“At MSNBC, the anticipation was so high that the anchors were literally analyzing what Paul Ryan was eating and drinking,” noted Meyers.

“I bet there are some Muslims and undocumented immigrants that would tell you he became president back in f**king January…Guys, seriously, do you have amnesia? We have been here many times before for like a year and a half now. Did you forget all the other times you said the exact same thing?”

After noting how low the bar was set for Trump to succeed before Congress, Meyers also took note of the Democrats’ ultra-lame response to Trump’s speech, delivered by former Kentucky Governor Steve Beshear, who offered it while huddled with friends at a diner like “the survivors of a zombie apocalypse.”

“Trump did manage to sustain a more moderate tone last night, but he also offered the same empty solutions to nonexistent problems. Let’s not get fooled again, we’ve been here with Trump before. To many, the speech sounded presidential, but to others it sounded like a twig snapping in the woods.”