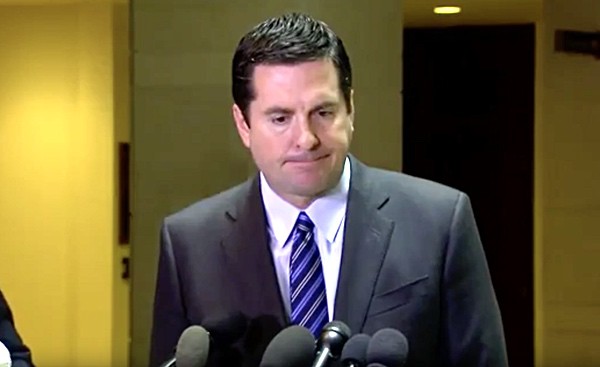 Nunes cautioned that he does not expect to receive documentation from the NSA regarding his claims that Trump campaign associates were possibly monitored  by the Intelligence Community on Friday.

But he categorically denied that his decision to make public the information on the issue that he does have was coordinated by the White House.

Nunes would not discuss the source of the surveillance that he improperly and breathlessly delivered to Donald Trump at the White House earlier this week, would not say who was swept up in it, and says he is still the only lawmaker who has seen it.

Nunes also said “there was no wiretapping of Trump Tower,” a statement he hasn’t made categorically before.

“There was no wiretapping of Trump Tower. That didn’t happen,” House Intel Chair Devin Nunes just reiterated after new revelations this week pic.twitter.com/OzDjG914iV