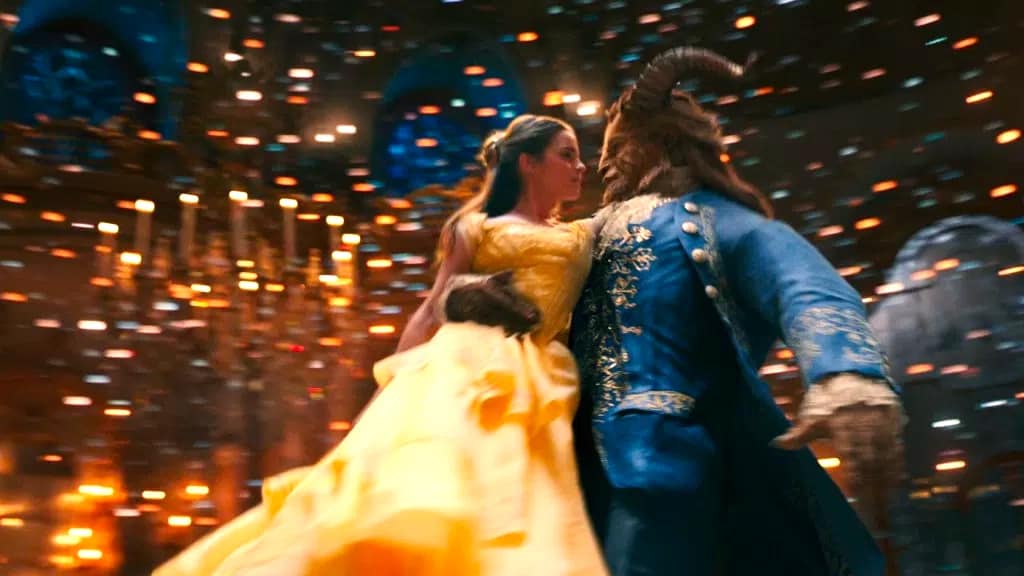 Tale as old as time
True as it can be

You wouldn’t think that ‘tales as old as time’ would need so much retelling but they do. Certain properties never go away or are open to constant reinterpretation like the Shakespeare oeuvre or, well, fairy tales. A cursory bit of research reveals that there have been at least a dozen feature films or TV series from various countries based on BEAUTY AND THE BEAST tale.

If you have never existed before today, here’s what you need to know: A cruel prince is cursed and transformed into a beast. If the Beast doesn’t learn to love and be loved in return by the time the last petal on a magic rose falls, the curse will become permanent. Enter a beautiful girl who could be the one to break the spell…

Disney’s new colorful blockbuster isn’t out to create a new take or even to pick liberally from past interpretations for something like a remix. It has one and one ambition only: recreate their 1991 animated classic in live-action!

Just a little change
Small to say the least

Whether this directive came from the Mouse House executives or the performance anxiety of Director Bill Condon and team we may never know but it’s a strangely paralyzing approach. And not just for the filmmakers but the audience, too. Once the realization that they’re dutifully aiming for a shot-by-shot remake settles in there’s really nothing left for the audience to do but either sing-a-long or spend the two hours playing “spot the difference.”

I chose the latter to be respectful of my fellow moviegoers, since my voice is less Audra McDonald and more Emma Watson if you know what I mean. The shot-for-shot realization settled in as soon as Belle entered her ‘little town’ singing about the joys of reading in her book club of one. (My favorite moment in the original is when she sits by the fountain singing to a flock and one sheep eats a page from her book. Hee. But it’s not there?! Justice for sheep actors!!!) 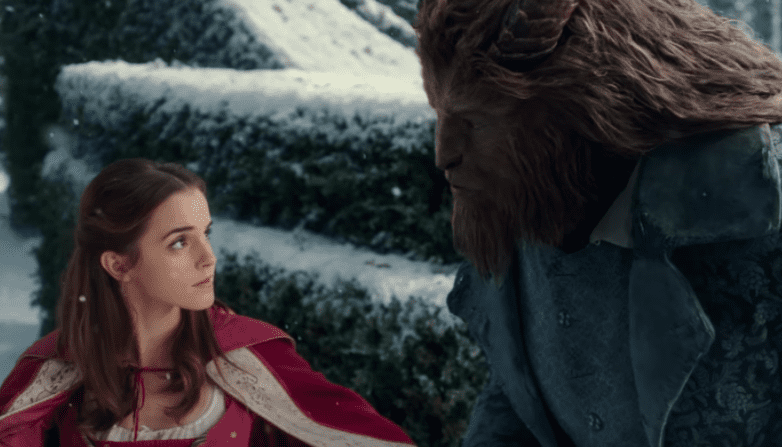 Given that the live-action recreation is 40 or so minutes longer than the animated original, there are a few changes. Generally speaking the book scenes are much longer, in an attempt to flesh out the characters though they remain cartoons, and the songs are given the same treatment with a few new ones thrown in. The Beast’s new solo stops the movie dead in its track but one of the other new songs is a lovely ensemble number in which the castle staff long to be free of the curse. It’s a welcome moment given that the phenomenal but barely seen supporting cast (Audra McDonald, Ewan McGregor, Sir Ian McKellen, Emma Thompson, Stanley Tucci, etcetera) aren’t given very much to do at all.

The most significant detour is a brief magical trip to Belle’s childhood. This shift is a particularly smart move, filling out the relationship between Belle (Emma Watson) and her father Maurice (well played by Kevin Kline) while still keeping the sequence braided into the larger romantic drama. More imaginative scenes like this one would have gone a long way to giving the movie an identity of its own. It’s a pity that this remake doesn’t have the confidence of Disney’s recent Cinderella, which moved about more freely than expected as if its animated predecessor were an equal dance partner rather than a strict choreographer.

[GAY SPOILER] As for that “exclusively gay” moment we kept hearing about, that’s much ado about nothing. Le Fou is as gay as he’s always been though this time Josh Gad makes sure you get the joke. Which is not to say that he makes it funny. In the finale, he dances with another male villager who learns he likes wearing dresses when the wardrobe (Audra McDonald) attacks him in the ‘castle fights the villagers’ scene. This gay joking wouldn’t be so obnoxious since it’s clearly not intended to be hurtful, if it weren’t within the most heteronormative fairy tale of them all where the man is a metaphoric beast that the perfect woman must basically house-train and soften.

Your mileage may vary but the opening prologue in which we get a teensy glimpse of the Beast as Prince also portrays him as something of a bitchy fop, complete with decadent glitter eye makeup. Problematic if you ask me, equating feminine dress up with soulless vanity. And it’s also unfortunate to have gay jokes circling around a male star who has had such a confusing relationship with coming out but what can you do!? [/GAY SPOILER]

Both a little scared
Neither one prepared

Further compounding the problems of this stiff production is Emma Watson as Belle. Though her voice is on key (auto-tuned?), it’s abundantly clear that she’s no singer. There’s no character in her phrasing, no emotional nuance to the notes, and little joy. Soulfulness in singing is as vital to musicals as oxygen is to breathing. Perhaps she’ll improve in the book scenes? Alas, no. Watson has yet to learn to really relax in front of the camera which would normally be a death knell for movie stardom but this being the era of Franchises Ruling Them All, her Harry Potter Q-Rating goes a long long way.

Dan Stevens, who has been proving himself a surprisingly versatile actor since his breakout as Cousin Matthew on Downton Abbey, has a slightly easier time as the Beast but he isn’t the one carrying the picture. The visual effects people are helping there, too.

Certain as the sun
Rising in the east

Regardless of its rather glaring flaws this recreation of the animated classic is not without small moments of charm and flair. That’s inevitable if you’re doing a shot-by-shot remake of a stone cold classic (as Gus Van Sant’s much-reviled but somewhat interesting Psycho experiment proved in 1998). Yet when the takeaway to any remake is “Wasn’t the original great?” the whole enterprise feels like futile nostalgia.

Certain as the sun, this 2017 edition will be showered with as much real gold as any fictional fairy tale prince could ever possess. But as the Beast can tell you, money isn’t everything. He had so much of it but he appreciated nothing. That’s a sensation not unlike watching this movie’s gargantuan budget and inability to make you feel anything you weren’t already feeling merely by remembering the animated classic. The beast needed to find his soul to break the curse. By the time the credits roll the movie still hasn’t found its own.

Aside from Jean Cocteau’s 1946 ethereal French classic with his lover and muse Jean Marais as the beast, none have had the staying power of Disney’s 1991 animated musical version. The 2017 movie will not crash this party of two.

With so many animated classics already in preproduction for their new live-action versions, there’s cause to worry. If Disney keeps cannibalizing itself, reenacting their animated hits like they’re nothing more than karaoke videos, the Mouse House will eventually become its own cursed forgotten kingdom.

We’re a long way off from audiences tiring of the repetition but one day they will. When they do that Disney logo will take on a whole new unintended meaning. That magic kingdom with its fairy dust rainbow will transform into a frozen castle filled with monstrous inanimate things. Those merely functional objects within will sort of resemble characters that were once beloved. In their tiny mechanical hearts they’ll live in terror of that last petal dropping.