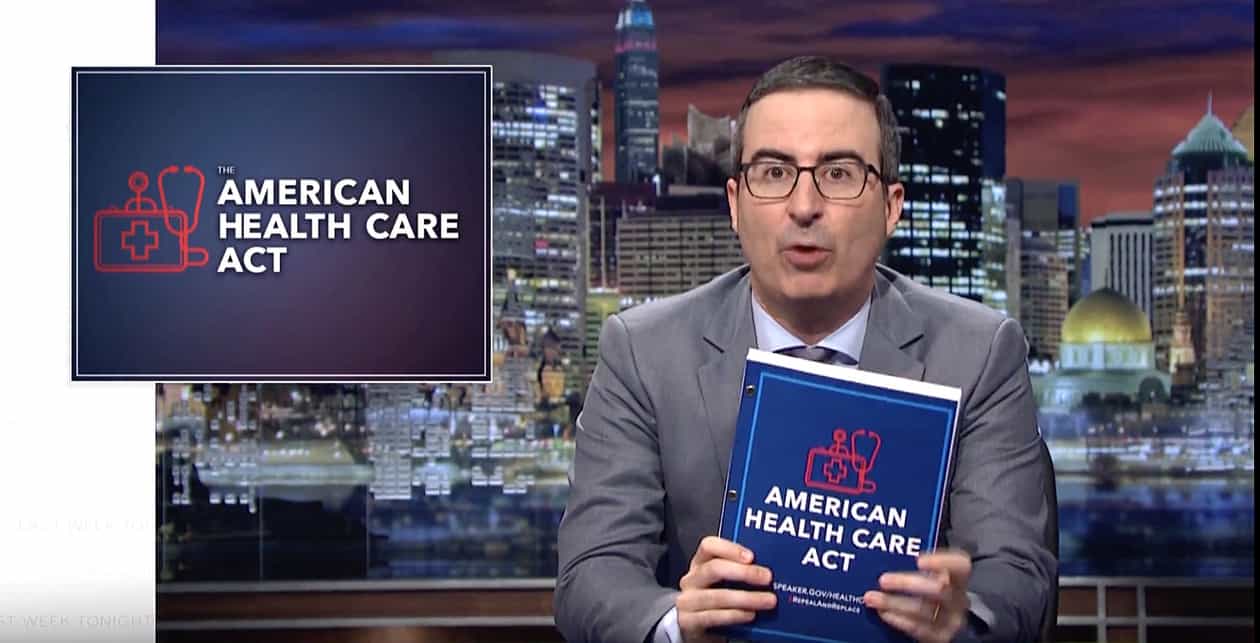 John Oliver dove into the high stakes health care bill put forth by the Republican Party to replace the Affordable Care Act.

Oliver equated it to a poor movie sequel:

“Try to think of it as Pirates of the Caribbean 5: The Curse of Johnny Depp Getting Divorced and Needing the Money.”

In particular, he said the GOP proposal of tax credits to allow consumers to buy private insurance were grossly insufficient.

“Those who are lower income would be particularly hurt,” said Oliver.

Ironically, according to one analysis, the income brackets most likely to face negative consequences from the bill were a demographic that overwhelmingly voted for Donald Trump in the 2016 election.

“It’s like if the people of Pompeii voted for the volcano,” quipped Oliver to a round of laughter.

Additionally, The Hill reports on how the bill could actually be killed if it’s not DOA already:

As the healthcare world anticipates the cost estimate of the controversial legislation by the Congressional Budget Office (CBO), the Centers for Medicare and Medicaid Services (CMS) Office of the Actuary may also be putting its own price tag on the measure.

The CBO is Congress’s official scorekeeper, but if CMS puts out a similar analysis, it could help shield the non-partisan CBO from criticism.

The CMS Office of the Actuary falls under the umbrella of HHS, but it is an independent entity.

It is unclear if a score will emerge from CMS, though it is entirely possible.

The CMS office receives requests from policymakers to provide technical assistance on various proposals and if policymakers make that work public, CMS will formally publish it, according to the Office of the Actuary.

Previous Post: « Colton Haynes is Engaged to Be Married
Next Post: Rep. Steve King: ‘We Can’t Restore Our Civilization with Somebody Else’s Babies’ »