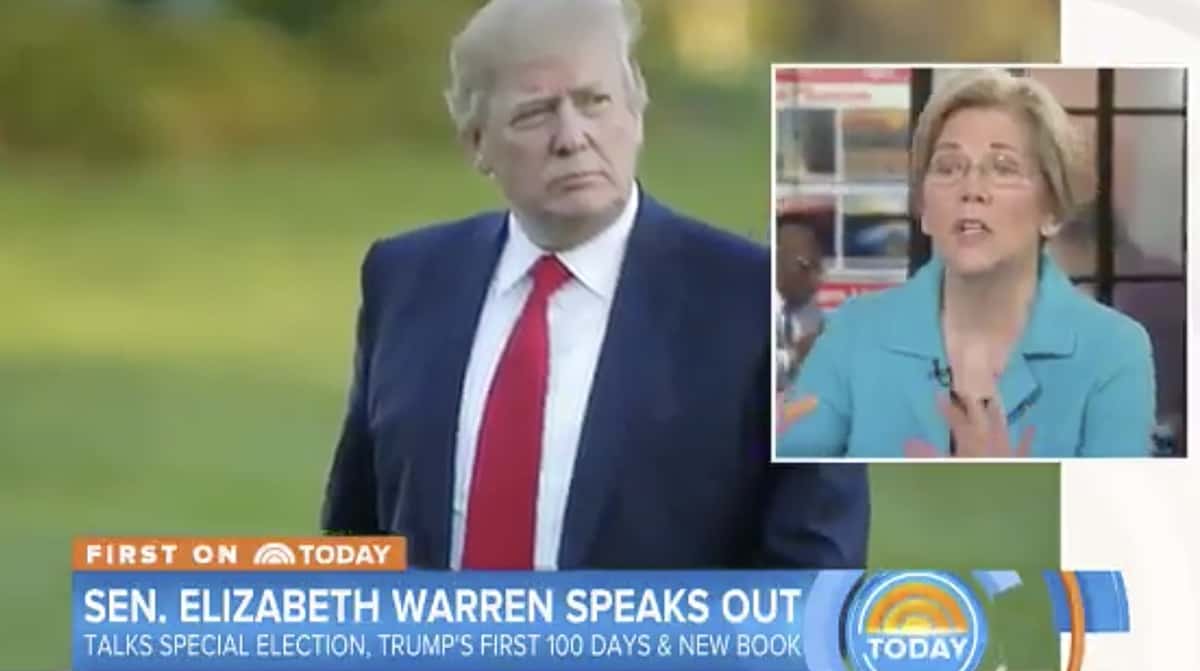 Elizabeth Warren, like everybody else, wants to see what’s inside Donald Trump’s taxes.

She had this to say on tax day:

“Why is it the case that people at the very top should get a bunch of tax breaks, should be able to hide their business dealings when everybody else pays, everybody else gets out there and makes our roads and bridges work, makes our schools work. Let’s see what Donald Trump is up to.”

Elizabeth Warren rips Trump on his taxes to @NBCNews: "The issue is not over. He promised during the campaign he would reveal his taxes." pic.twitter.com/czdlRN31o1