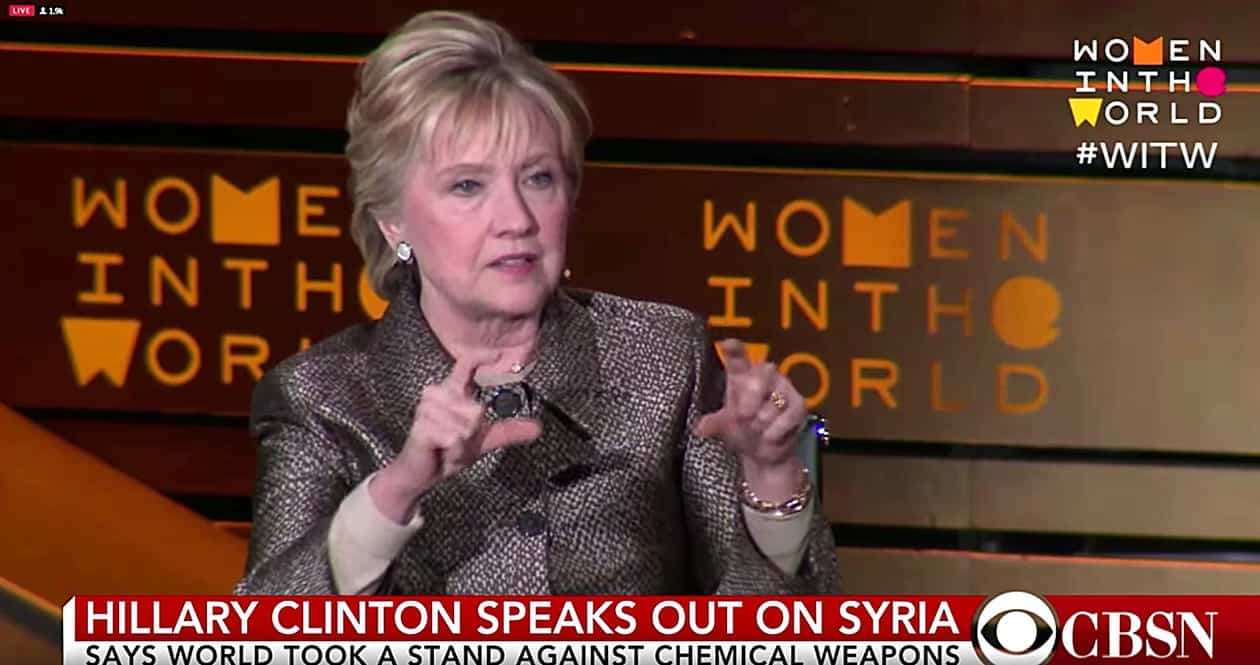 Speaking Thursday at the Women in the World Summit in New York, Hillary Clinton called for military strikes on Syrian airfields just hours before Trump sent 59 Tomahawk missiles to debilitate Shayrat air base near Homs.

Said Clinton: “Assad had an air force and that air force is the cause of most of the civilian deaths as we’ve seen over the years and as we saw again in the last few days. And I really believe we should have and still should take out his airfields and prevent him from being able to use them to bomb innocent people and drop sarin gas on them.”