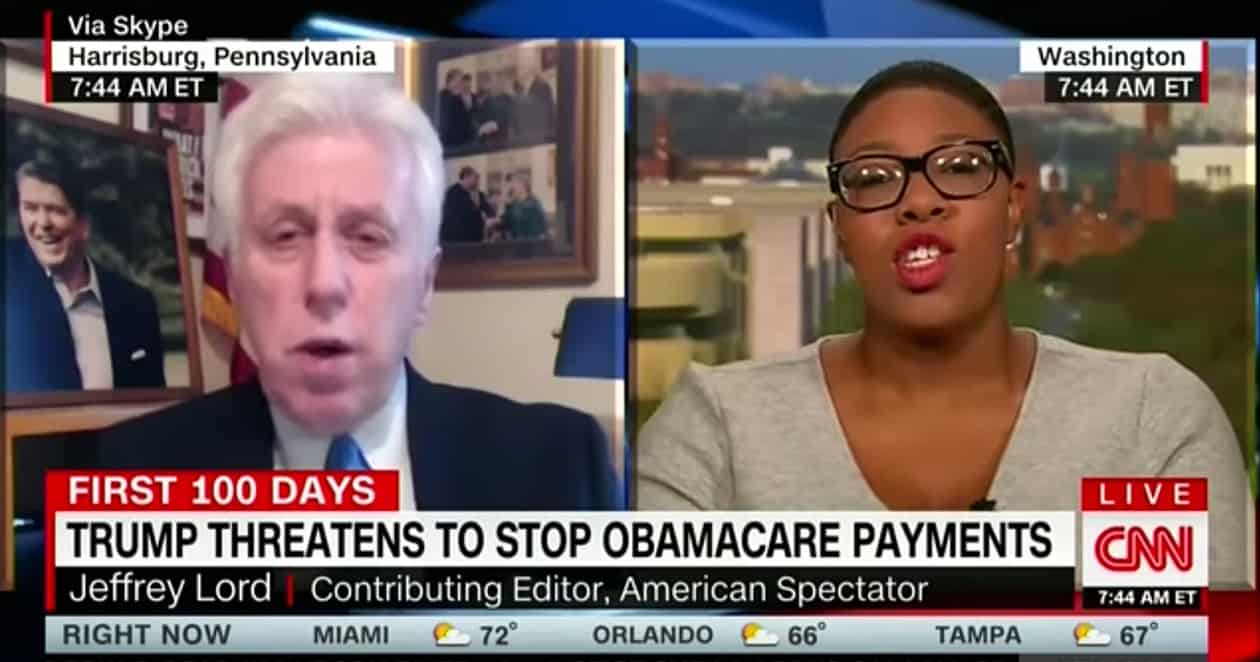 CNN’s Trump surrogate Jeffrey Lord made a jaw-dropping claim on New Day during a segment about Trump’s plan to withhold Obamacare subsidies that assist the poor in order to get Democrats in Congress to come to the table on his Trumpcare plan, Think Progress reports.

“Think of President Trump of the Martin Luther King of health care…Dr. King kept putting people in the streets in harm’s way to put the pressure on so the bill would be finally introduced.”

Symone Sanders wasn’t having it:

“You understand that Dr. King was marching for civil rights because people that looked like me were being beaten. Dogs were being sicced on them. Basic human rights were being withheld from these people merely because of the color of the skin….So let’s not equate Dr. Martin Luther King, Jr., a humanitarian and Nobel Peace Prize winner, to the vagina-grabbing president Donald Trump.”