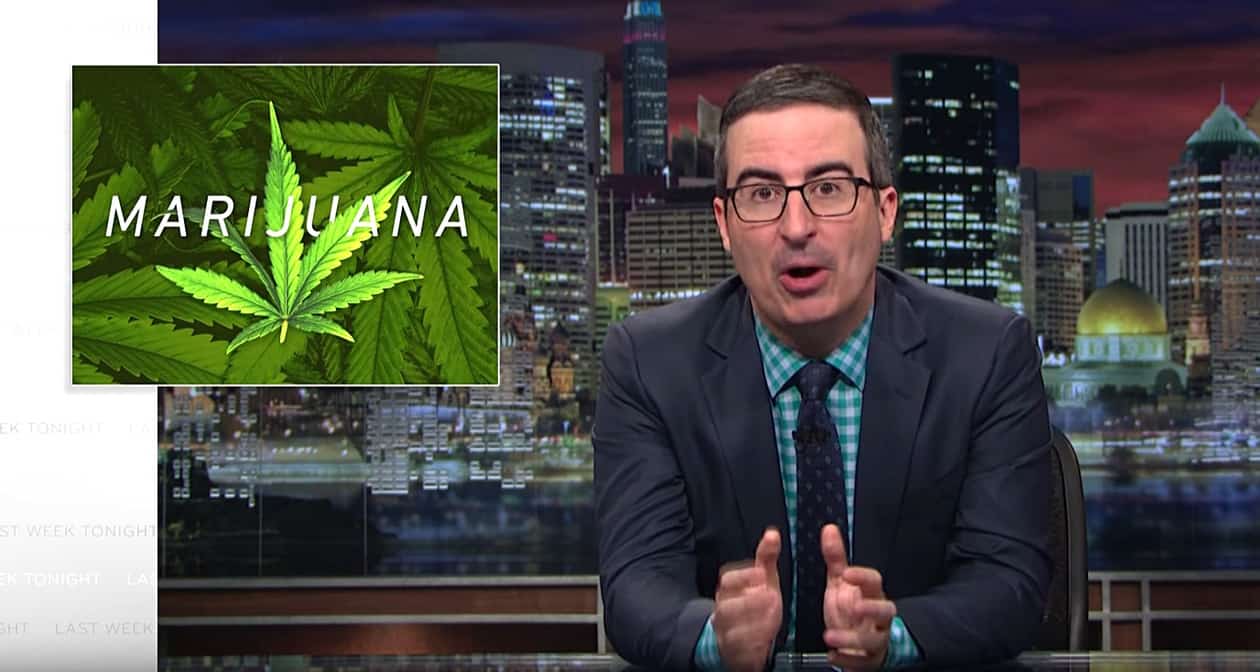 John Oliver tackled the regulation of “catnip for people” aka marijuana in last night’s Last Week Tonight, chronicling its history in the U.S. and how it came to be classified as controlled by Richard Nixon, “the Mozart of racially motivated lawmaking.”

Thanks to Nixon’s Controlled Substances Act and subsequent inaction by Congress, marijuana is still classified as a Schedule I drug, along with heroin but above drugs like meth and cocaine. And that has led to federal-state clashes and chaos, mistakes on the state level, and federal barriers to researching marijuana’s medical effectiveness.

“Now, things fractionally improved toward the end of the Obama administration,” Oliver said, because “his attitude to pot was basically ‘I’m not going to hassle you over this unless you make me’ — essentially the same policy as a security guard at a Dave Matthews concert.” But the rules Obama put in place aren’t permanent, and new Attorney General Jeff Sessions is a strident marijuana opponent. “Our federal laws desperately need to be brought up to date,” and there is some oddly establishment support for doing so in Congress, Oliver said — “Yes, there is now a Cannabis Caucus in D.C., and it’s co-chaired by these four narcs” — but despite some promising bills, “fixing all of this is a huge undertaking.”