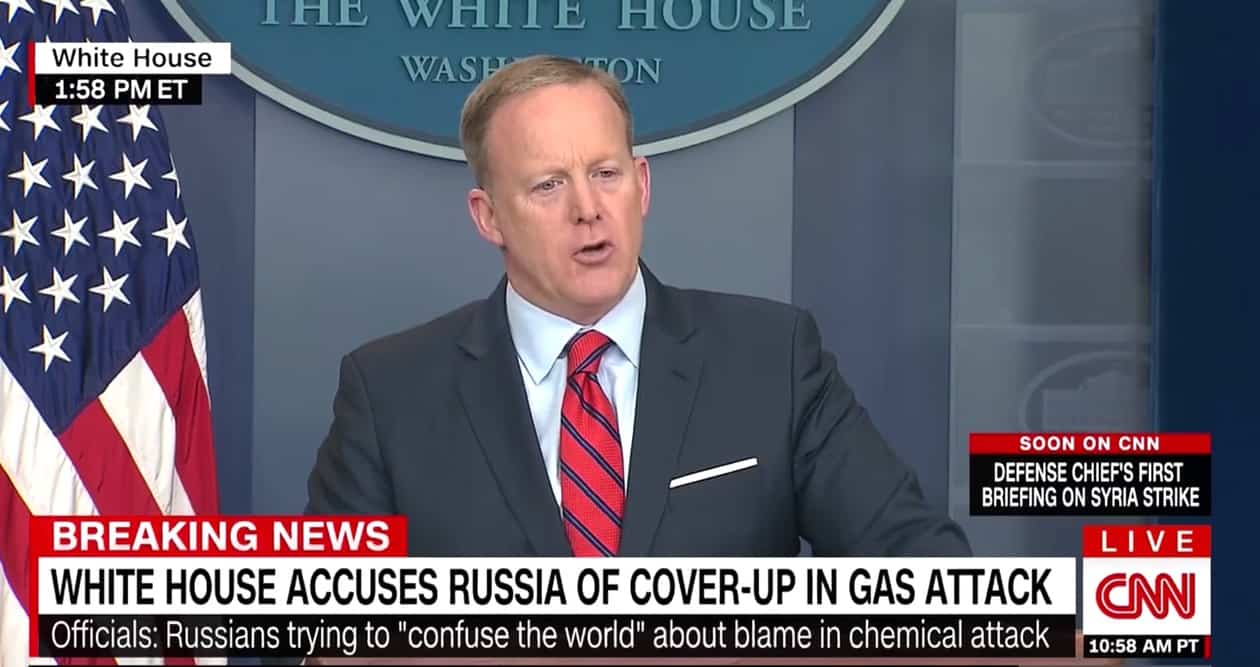 Spicer later clarified his remarks in a statement:

“In no way was I trying to lessen the horrendous nature of the Holocaust. However, I was trying to draw a contrast of the tactic of using airplanes to drop chemical weapons on innocent people.”

"Holocaust Centers"?! –@PressSec these were extermination camps. Death camps for millions of people. Sean Spicer you didn't, ON PASSOVER.

Spicer is tripling down on *this* argument: Hitler was less despicable than Assad because at least he gassed people in controlled settings.

I hope @PressSec takes time to visit @HolocaustMuseum. It's a few blocks away. https://t.co/24fNoMUyS8