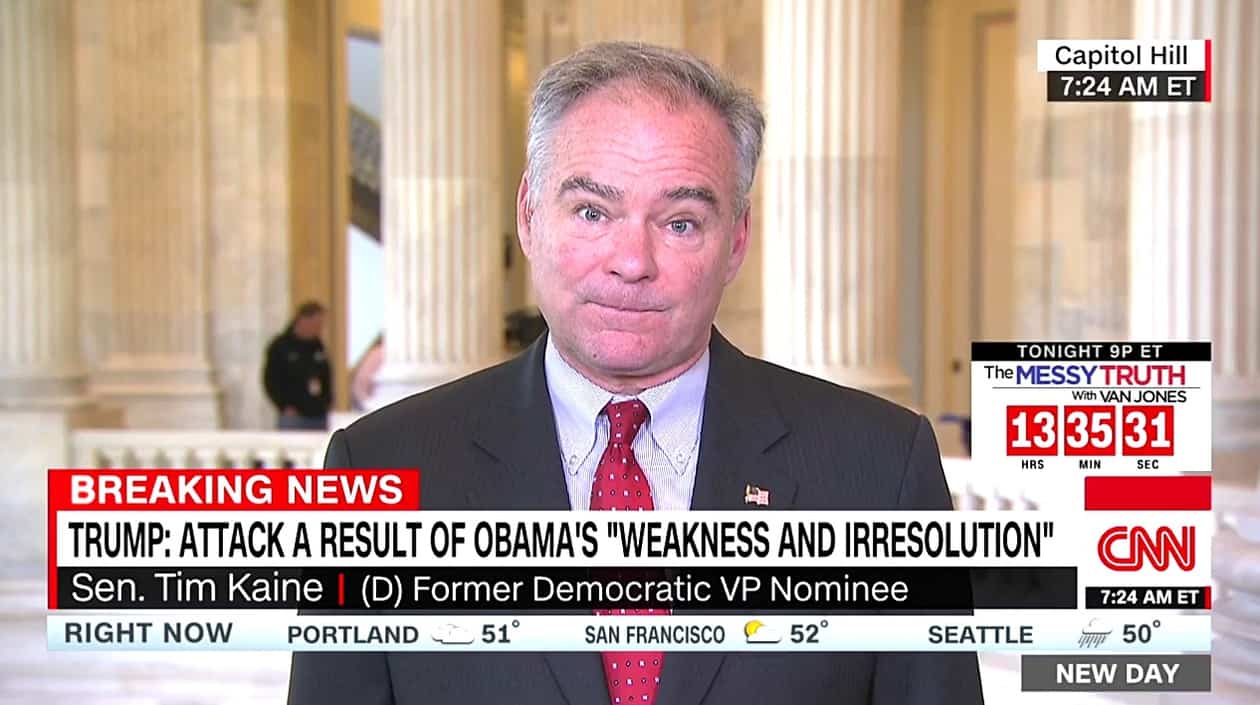 Today’s chemical attack in Syria against innocent people, including women and children, is reprehensible and cannot be ignored by the civilized world. These heinous actions by the Bashar al-Assad regime are a consequence of the past administration’s weakness and irresolution. President Obama said in 2012 that he would establish a “red line” against the use of chemical weapons and then did nothing. The United States stands with our allies across the globe to condemn this intolerable attack.

“That statement of President Trump’s is rich. He’s president now, he’s commander-in-chief…He’s got to put on his big boy pants and own up to the job. And remember, when President Trump was just Donald J. Trump, back then he was urging President Obama not to do anything in Syria.”

Previous Post: « Barry Manilow Comes Out as Gay at 73
Next Post: Matt Baume Has the Goods on SCOTUS Nominee Neil Gorsuch, and We Should Be Worried: WATCH »