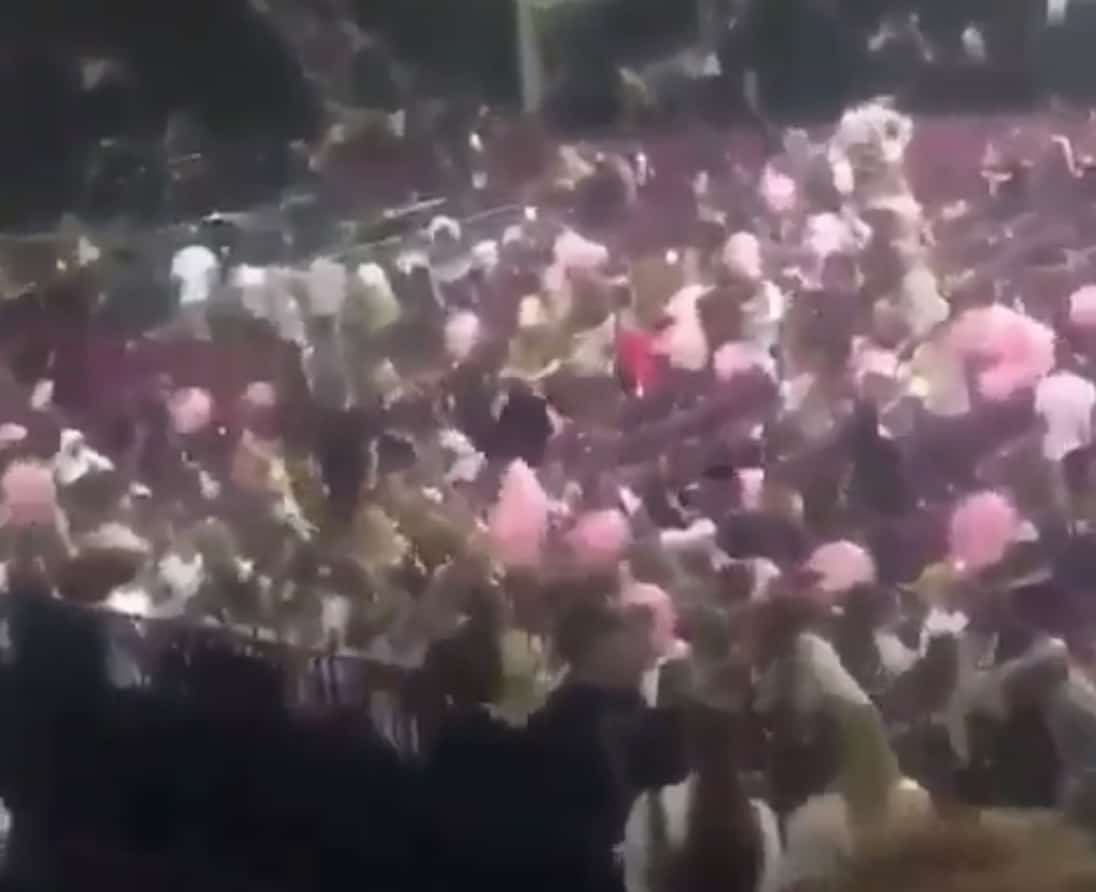 Police are responding to multiple fatalities after a series of explosions at the UK’s Manchester Arena where an Ariana Grande concert had taken place. The explosions took place at approximately 10:40 pm shortly after the concert had finished.

Said one witness to the Manchester Evening News:

“The lights came on after the gig and people were starting to leave. As I turned to the left there was an explosion. It was about 40ft behind us near one of the exits. We just thought it was people messing about then it happened again. Another explosion sounded. Then we saw the smoke. Everyone just fled. Some people were injured. We saw blood on people when we got outside. People were just running all over the place. People have said it was a speaker or balloons but it wasn’t. It was explosions.”

Alleged videos of the venue showed people running and panicking:

EXPLOSION AT MANCHESTER ARENA AND EVERYONE RAN OUT SO SCARY😭 pic.twitter.com/pJbUBoELtE

The police released a statement:

Previous Post: « Gay Couple and Their 3 Kids Denied ‘Family Boarding’ Privileges by Southwest Airlines
Next Post: Ariana Grande on Manchester Bombing: ‘I am so so sorry. I don’t have words.’ »