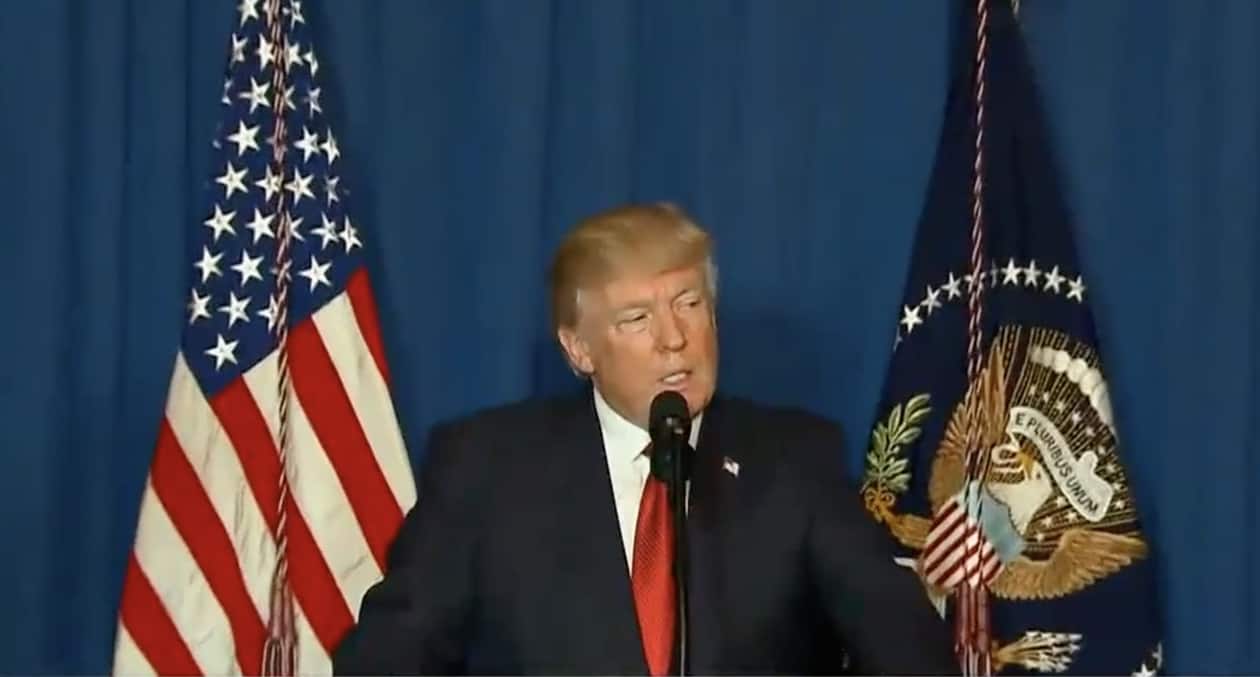 Donald Trump hit Twitter on Wednesday morning to lash out at critics of his outrageous firing of FBI Director James Comey.

Said Trump: “The Democrats have said some of the worst things about James Comey, including the fact that he should be fired, but now they play so sad! … James Comey will be replaced by someone who will do a far better job, bringing back the spirit and prestige of the FBI…Comey lost the confidence of almost everyone in Washington, Republican and Democrat alike. When things calm down, they will be thanking me!”

Previous Post: « Robert Miles, Artist Behind the 1995 Dance Music Classic ‘Children’, Dies at 47
Next Post: Chelsea Manning to Leave Prison Next Week: ‘For the First Time, I Can See a Future for Myself as Chelsea’ »