THERESA MAY. “I will be making clear to President Trump today that intelligence that is shared between law enforcement agencies must remain secure.” 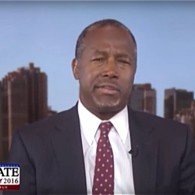 A STATE OF MIND. What Ben Carson calls poverty: “Mr. Carson, who oversees a department that handles housing for millions of low-income Americans, made the comments during a radio interview on Tuesday with Armstrong Williams, a friend and conservative media personality. During the talk, Mr. Carson, a retired neurosurgeon, said he thought some people were poor because of their outlook on life.”

GOP HEALTHCARE LIES. Preexisting conditions won’t be covered: “They were lying back in March, when they introduced the initial version of the legislation ― a bill GOP leaders had to pull at the last minute because it didn’t have enough votes to pass. And they have been lying since early May, after they revised that proposal and rushed to vote on it before the CBO, Washington’s official scorekeeper, had time to evaluate it formally.” CBO Score is awful. 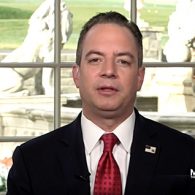 COMEY MEMOS. Reince Priebus sweating: “Three White House officials told The Daily Beast that Chief of Staff Reince Priebus has privately expressed worry about a possible Comey memo specifically involving one of their reported chats, and how it might play in the press and to investigators. ‘Nervous laughter,’ one official succinctly characterized Priebus’ demeanor in the midst of recent revelations.”

25 MILLION. Katy Perry is proud of her Idol paycheck.

240 MILLION. Chinese firm buys remaining stake in Grindr. “Beijing Kunlun Tech, a game developer owned by 38-year-old billionaire Zhou Yahui, said on Wednesday it planned to pay US$152 million to buy the remaining 38 per cent stake in Grindr that it does not already own. Kunlun paid about US$88 million for a 62 per cent stake of the social media app in January last year, which meant that the startup’s valuation has gained 161 per cent since the Chinese firm’s last purchase.” 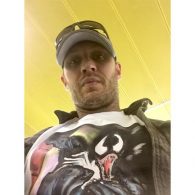 TOM HARDY. Actor fundraises for Manchester victims: “I hope between us we can raise some funds as a gesture of goodwill and love to help in some small way towards repairing some if any of the damage done in the wake of last nights events. There will be much to do and for many the beginning of a new life without those that they love and also a new life damaged irrevocably by the actions of a crime which has no reason, no heartfelt purpose but was simply a cruel cowardly and barbaric, meaningless act of violence. A road to recovery unimaginable.”

BILLBOARD LEFTOVERS. The hottest men at the 2017 awards.

NEW TUNE OF THE DAY. Sia featuring Labrinth ” To Be Human” from Wonder Woman.

TECH OF THE DAY. The DJI Spark.