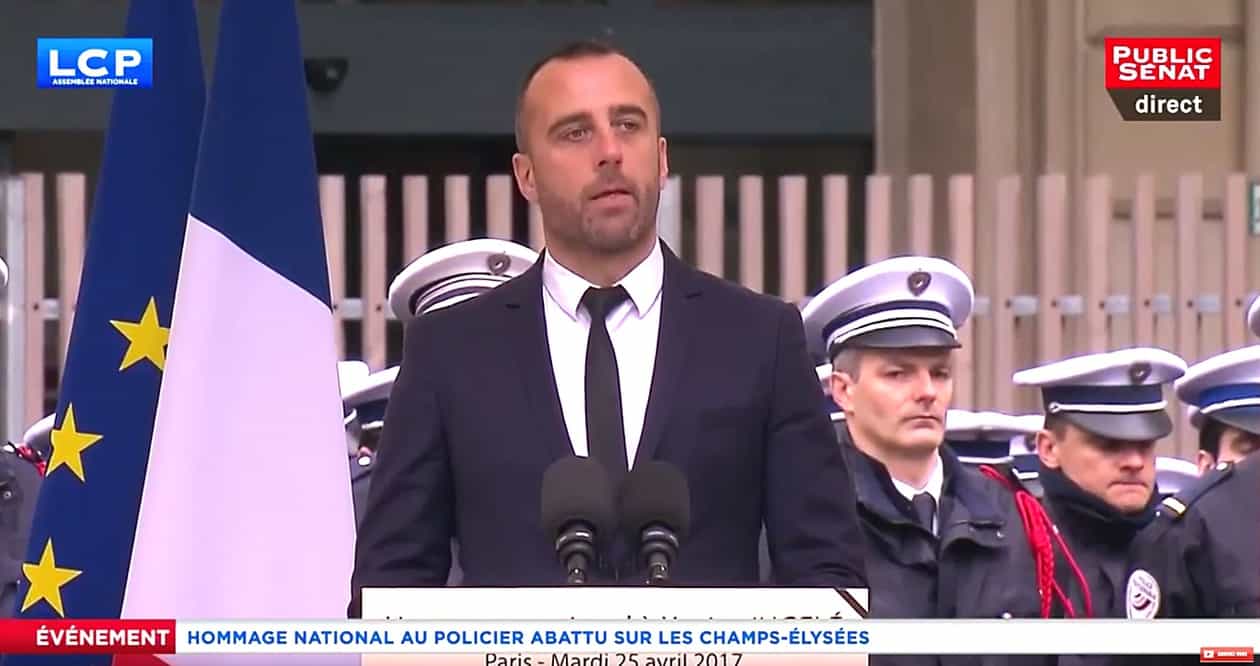 Etienne Cardiles, the partner of Xavier Jugelé, the police officer slain in an ISIS attack on Champs-Élysées in Paris in April, has married him posthumously at a ceremony attended by President Francois Hollande, Paris Mayor Anne Hidalgo, and the current Interior Minister, Gérard Collomb.

Prior to yesterday’s ceremony, Cardiles and Jugelé were PAX’d which is a form of domestic partnership that existed before marriage was allowed.

Cardiles is a functionary (high civil servant) in the Ministry of Foreign Affairs.

Here’s part of his moving eulogy, given on April 25th.