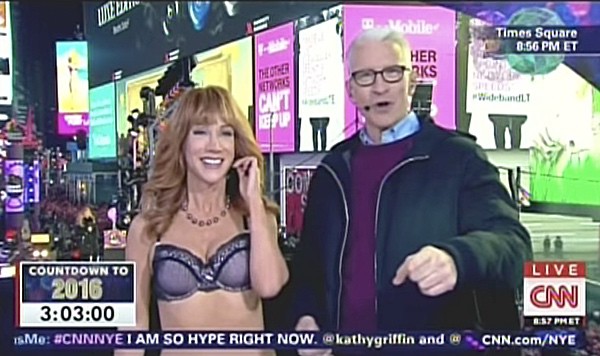 CNN has fired Kathy Griffin from its New Year’s Eve coverage over the photo shoot in which she was depicted holding Trump’s severed head.

CNN has terminated our agreement with Kathy Griffin to appear on our New Year's Eve program.

For the record, I am appalled by the photo shoot Kathy Griffin took part in. It is clearly disgusting and completely inappropriate.

Griffin apologized in a video posted to social media on Tuesday evening:

“I sincerely apologize…I’m a comic. I crossed the line. I moved the line, then I crossed it. I went way too far. The image is too disturbing. I understand how it offends people. It wasn’t funny. I get it. I’ve made a lot of mistakes in my career. I will continue. I asked your forgiveness. Taking down the image. Gonna ask the photographer to take down the image. And I beg for your forgiveness. I went too far. I made a mistake, and I was wrong.”