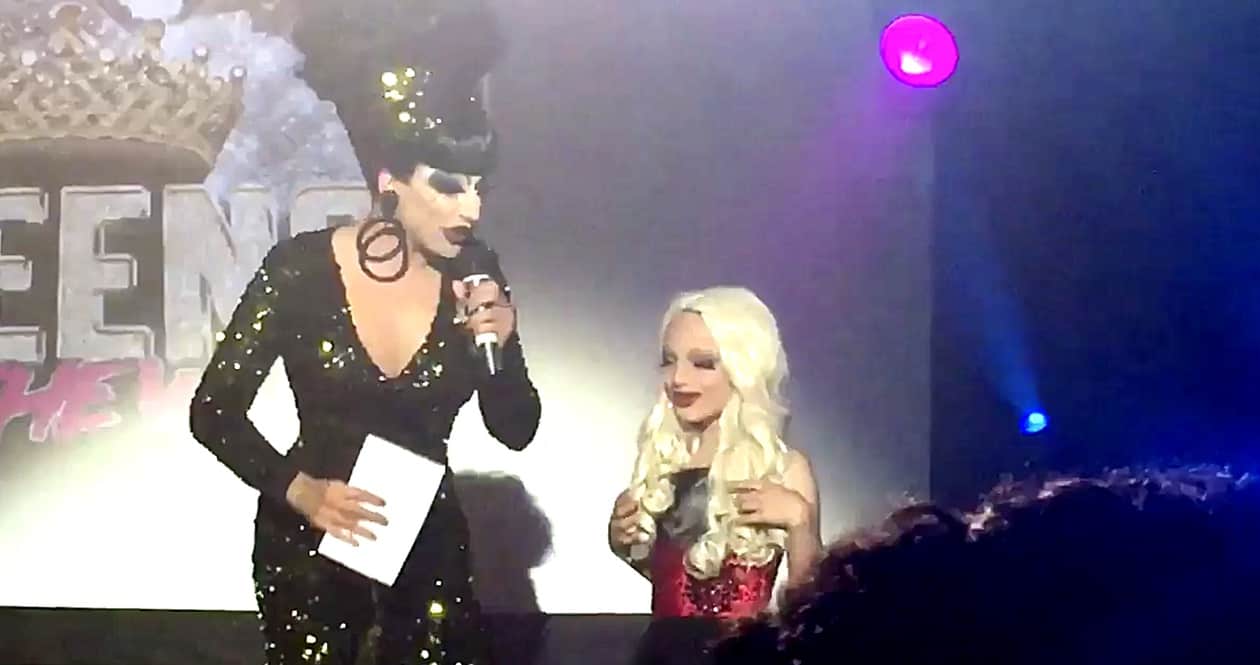 Lactatia, an 8-year-old drag queen, stole the show at the Montreal date of the Werq the World Tour when he was brought on stage by Bianca del Rio and proceeded to take her down with two words: Ginger Minj.

Lactatia, who goes by Nemis when he’s not in drag, told Best Kept Montreal why he loves his favorite drag queen:

Did we know it would lead to him being passionate about becoming the greatest drag queen the world has ever seen? No, but we were one hundred percent certain that Nemis was a natural performer, had the ability to captivate a crowd and was the most self-aware person we knew.

Obviously, we’re not like most moms and dads. Instead of Saturday morning soccer practice, we have Vogue classes. When we go clothes shopping it’s equal parts black skinny jeans and skulls as it is sequins and tulle. We talk ollies, grinding and dropping in- he’s pretty dedicated to his skateboard, just as much as contouring and tuck tape!

And as far as sexuality and drag go, Nemis understands that a majority of Queens are gay. It’s something we’ve talked a lot about at length because he expressed his concern that people wouldn’t think he was a” real “drag queen or take him seriously because he doesn’t feel like he’s gay.

Maybe he will in the future? Who knows. Luckily for him, he has his whole life to figure out that aspect of himself, but for the time being, he’s content to find heels in his size and own his shit!

He is unapologetic and an amazing individual.