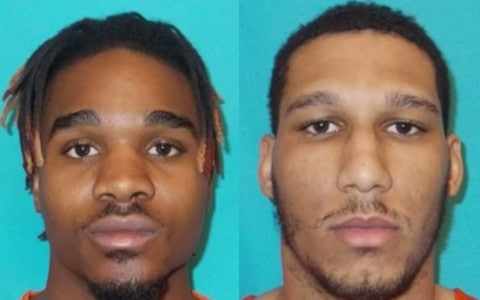 According to CBS, the defendants used Grindr to falsely identify as a gay man and arrange to meet at the victim’s home.

NBC DFW reports that the accused assaulted the victims, restrained them with tape, and used anti-gay slurs.

RELATED: Nebraska Woman Who Had ‘Dyke’ Carved Into Her Stomach in Home Invasion Speaks Out: VIDEO

The four men have also been charged with conspiracy, kidnapping, carjacking and possession of a firearm in furtherance of these crimes.

“You can be scared as a homeowner if your neighbor is robbed, but it’s different if you feel like you’re being targeted for some reason and in this case a whole community can feel like they’re targeted.”

The hate crime counts carry a maximum statutory penalty of life in prison. An indictment merely establishes probable cause. The defendants are presumed innocent unless proven guilty.

Watch an NBC report below.