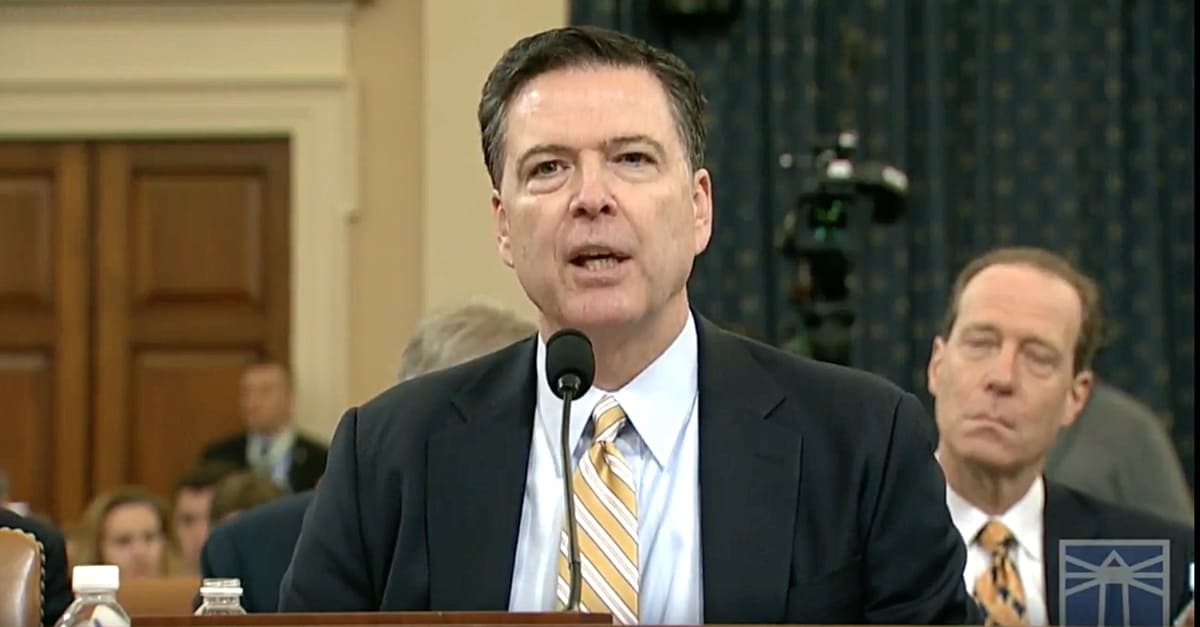 In a move that is being called “Nixonian,” Donald Trump has fired James Comey, the FBI Director leading the investigation into the president and his administration for colluding with Russia during the 2016 presidential election.

The news was hand-delivered to the FBI by Keith Schiller, a bodyguard who has worked for Trump for many years.

Trump is not expected to address the nation on Tuesday night regarding the firing.

The firing has heightened calls for an independent prosecutor to lead the Trump-Russia probe.

“The president has accepted the recommendation of the Attorney General and the deputy Attorney General regarding the dismissal of the director of the Federal Bureau of Investigation,” Spicer told reporters in the briefing room.

Spicer also said that Comey was “notified a short time ago.” This is effective “immediately,” he said.

Officials said Comey was fired because senior Justice Department officials concluded he had violated Justice Department principles and procedures by publicly discussing the investigation of Hillary Clinton’s use of private email. Just last week, President Trump publicly accused Comey of giving Clinton “a free pass for many bad deeds’’ when he decided not to recommend criminal charges in the case.

Officials released a Tuesday memo from the Deputy Attorney General, Rod Rosenstein, laying out the rationale behind Comey’s dismissal.

“The FBI’s reputation and credibility have suffered substantial damage, and it has affected the entire Department of Justice,’’ Rosenstein wrote. “I cannot defend the director’s handling of the conclusion of the investigation of Secretary Clinton’s emails, and I do not understand his refusal to accept the nearly universal judgment that he was mistaken. Almost everyone agrees that the director made serious mistakes; it is one of the few issues that unites people of diverse perspectives.’’

"It is essential that we find new leadership for the FBI that restores the public trust," Trump writes to Comey https://t.co/GS0b8Y2bgT pic.twitter.com/uCeMx96fIM

The independence of the FBI director is meant to ensure that the president does not operate above the law. For President Trump to fire the man responsible for investigating his own campaign’s ties to the Russians imperils that fundamental principle.

Regardless of how one judges the performance of James Comey in either the Hillary Clinton or Russia investigations, President Trump’s dismissal of a sitting FBI director raises serious alarm bells for our system of checks and balances.

The terms of FBI directors were purposefully structured to span across sitting presidents to ensure the FBI’s independence and insulate the bureau from partisan politics. President Trump’s dismissal of Comey raises questions about the administration’s inappropriate meddling in bureau operations — precisely at a time when the bureau appears to be investigating the president, his advisors, and his campaign for potential collusion with Russian agents in our last election.

We've been down a similar path before. Congress must put patriotism before party and do what's right for the country. pic.twitter.com/GQo4rMpYqP