FCC. We were hit with cyberattack after John Oliver Net Neutrality segment. “Beginning on Sunday night at midnight, our analysis reveals that the FCC was subject to multiple distributed denial-of-service attacks (DDos),” FCC chief information officer David Bray said in a statement Monday. “These were deliberate attempts by external actors to bombard the FCC’s comment system with a high amount of traffic to our commercial cloud host.” 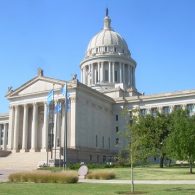 OKLAHOMA. House passes resolution declaring abortion murder: “The resolution, passed on a voice vote without any debate, carries no force of law. But it takes the remarkable step of specifically accusing the Supreme Court of “overstepp[ing] its authority and jurisdiction” in Roe v. Wade and Planned Parenthood v. Casey, two landmark decisions that protected a woman’s right to seek an abortion.”

STACEY ABRAMS. Could she become the first Black female governor in the nation’s history? 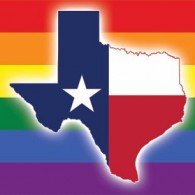 TEXAS. Anti-LGBT “bathroom bill” misses deadline: “Up against bill-killing deadlines, the House State Affairs Committee on Monday did not act on House Bill 2899, which some were hoping would serve as an alternative to the Senate’s “bathroom bill.” That means the proposal won’t reach the Calendars Committee, which sets the House’s daily agenda. The proposal, by Republican state Rep. Ron Simmons of Carrollton, would have banned political subdivisions, including school districts, from enacting or enforcing policies to protect a class of persons if those aren’t already protected by federal or state law as applied to bathrooms, showers or changing facilities.”

CARTER WILKERSON. Getting his chicken nuggets. “On Tuesday morning, Carter Wilkerson, a 16-year-old high school junior in Reno, Nev., became the owner of history’s most-retweeted tweet, knocking Ellen DeGeneres and her famous Oscars selfie off her perch. (For those unfamiliar, a retweet is the act of sharing someone else’s tweet so a new audience can see it.)”