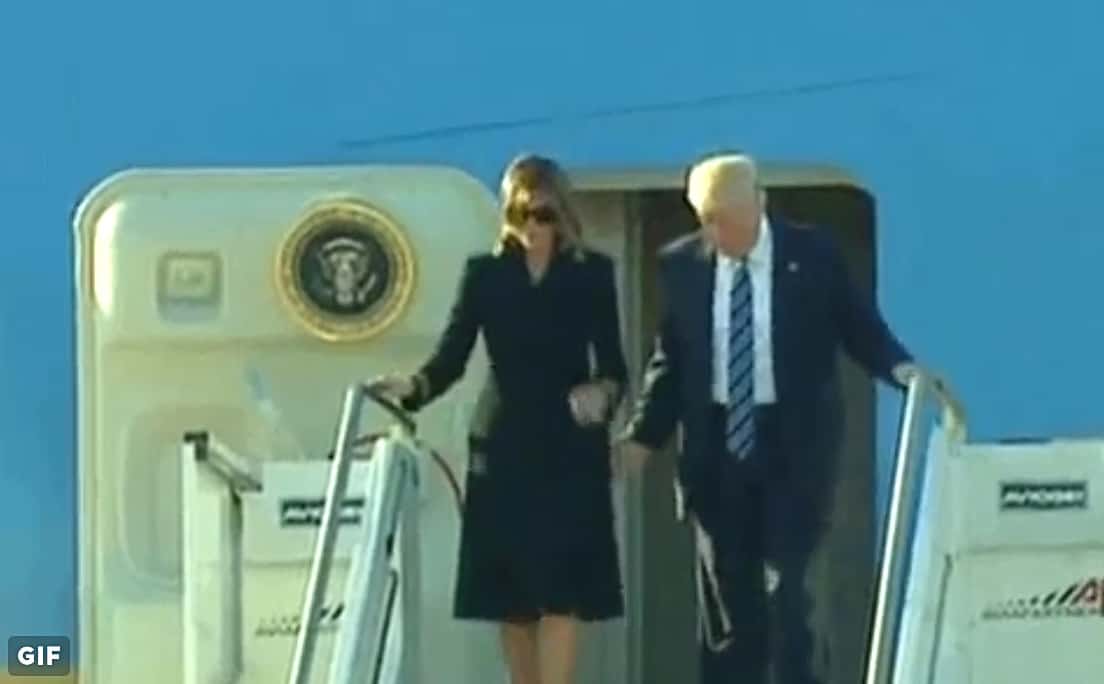 For the second time in as many days, Melania Trump employed a strategic and well-timed move to avoid holding her husband’s hand. Upon the president’s arrival in Rome, Trump reached for his wife’s hand and she moved it away immediately, so he grabbed something else instead.

On Monday in Israel in a moment that quickly went viral, Melania appeared to flick the president’s hand away when he reached for it on the tarmac red carpet.

Proof Trump is a slow learner. He arrives in Rome and yet again tries to hold Melania's hand. She declines again. https://t.co/PrNZtuUdVP