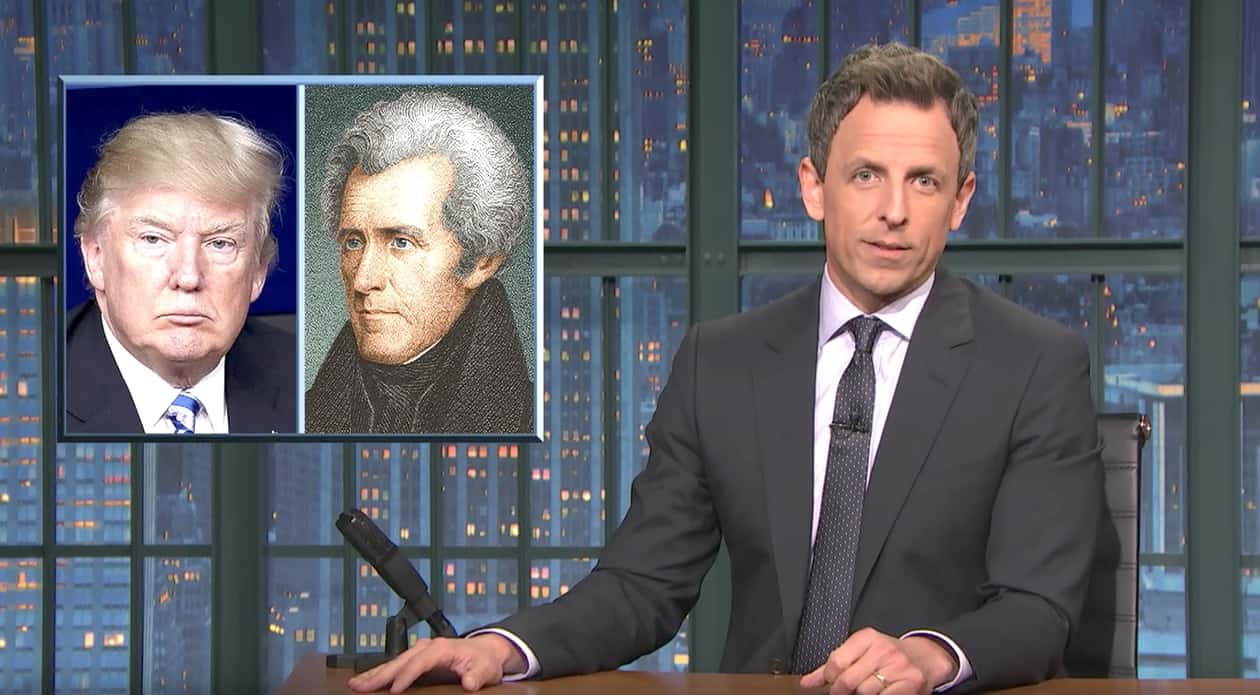 “Trump clearly does not have a firm grasp on the basic aspects of being president,” said Seth Meyers in his latest A Closer Look, “let alone basic facts about American history.”

Donald Trump seems to be making a lot more idiotic remarks than usual lately, and Meyers took us through them last night, starting with remarks he made last week that being president is harder than he thought it would be.

Quipped Meyers, referring to The Apprentice: “You thought the presidency would be easier than being a game show host? There’s a reason Abraham Lincoln is on the $5 and not Alex Trebek.”

Trump also bragged about being a “details oriented person – I think you would say that,” to which Meyers replied:

“No. I would not say that. No one thinks details are your strong suit. And I’m not even talking about the little details. I’m talking about things like ‘why did the Civil War happen?’ or ‘which country did I just bomb?'”

And Meyers laughed at Trump’s attempt at a dramatic exit after snapping at CBS reporter John Dickerson.

“You know, dramatic exits are generally less dramatic when you stay in the same room and just sit down.”

Previous Post: « Frank Underwood Gets Intimate with a Man in Season 5 ‘House of Cards’ Trailer: WATCH
Next Post: The 2017 Tony Award Nominations are Here: FULL LIST »