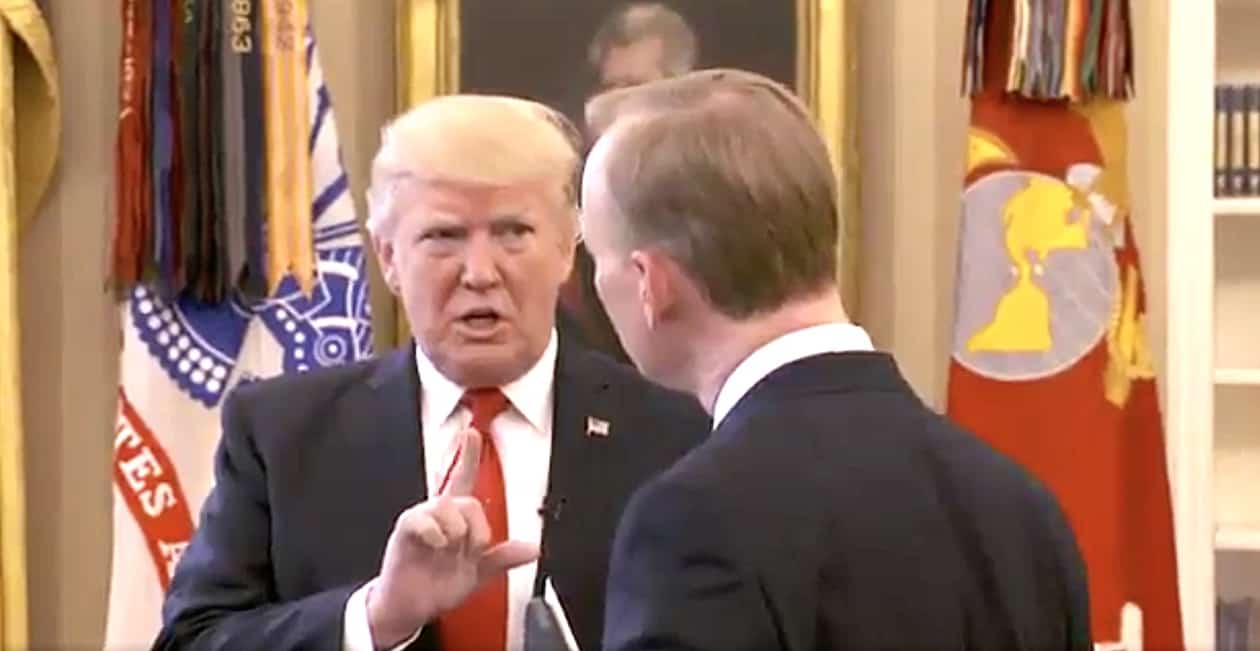 Donald Trump returned to baseless claims of surveillance by President Obama in an interview which aired Monday morning with CBS reporter John Dickerson.

Trump’s hackles went up when Dickerson asked about his relationship with Obama, and that’s when Trump got in his face:

Dickerson said the reason that he asked was because Trump had called Obama “sick” and “bad.”

Replied Trump: “Look, you can figure it out yourself. He was very nice to me with words and when I was with him but after that there has been no relationship.”

“But you stand by that claim?”, Dickerson asked.

“I don’t stand by anything. You can take it the way you want. I think our side has been proven very strongly, and everybody has been talking about it. And frankly it should be discussed. I think that is a very big surveillance of our citizens. I think it’s a VERY BIG topic. And it’s a topic  that should be #1. And we should find out what the hell is going on.”

"Words are less important to me than deeds." President Trump on why he now has "no relationship" w former President Obama. #WHThisMorning pic.twitter.com/16UimVudb3