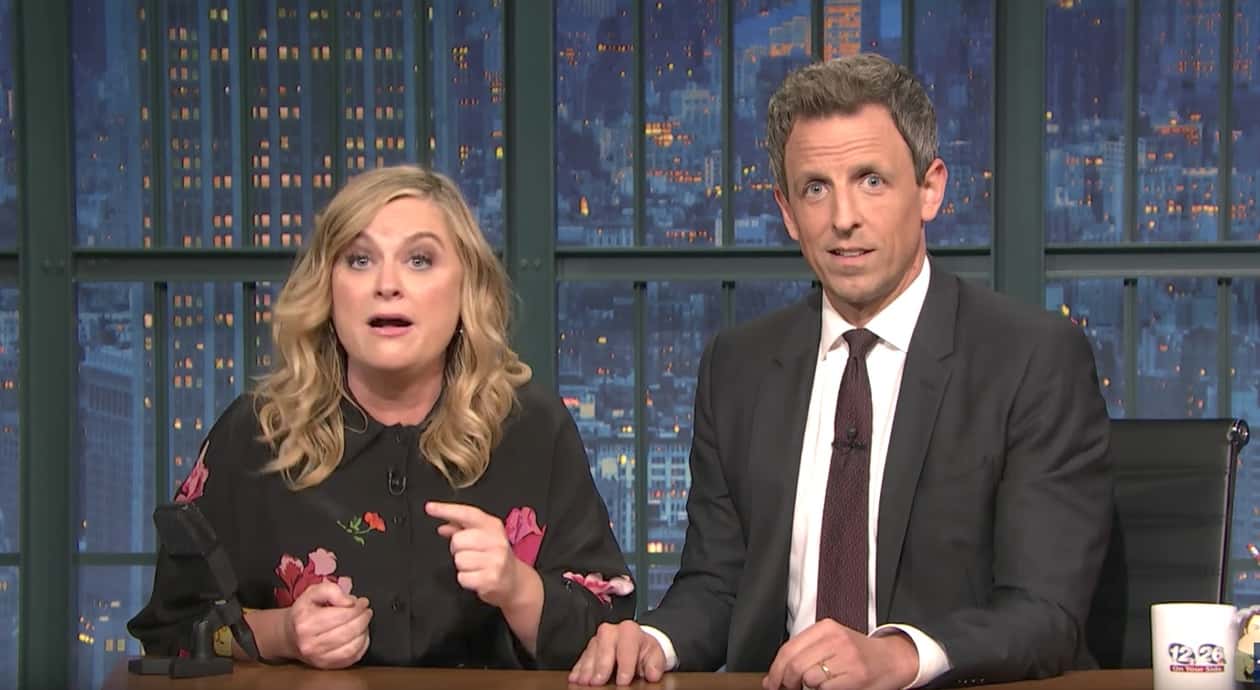 Amy Poehler joined Seth Meyers on Late Night last night for a new segment of “Really” in which the enthusiastic pair took several people to task, including Ann Coulter, Hillary haters, Ted Nugent, and the Republican protester who interrupted a Trump-themed production of Julius Caesar to yell at the cast.

“Really. Really, protester? Now let me get this right. You waited in line to get tickets to a play you already hated. And then you watched it for three hours and then you ran on stage to protest. But not the president. Someone who was dressed like the president from getting pretend stabbed with a fake knife. Really? I commend you. You know if you want to change this country you can’t just sit around your house yelling at a tv, you have to get out there and yell at a play.”

Added Meyers: “And really, if this portrayal was offensive to anyone, it’s Caesar. Caesar was beloved by the Roman Empire.To put it another way, he won the popular vote.”

Poehler also had some choice words for Ted Nugent: “You suck Ted Nugent. Your songs suck. And ‘Cat Scratch Fever’ is such a dumbass, stupid song, you dick! So dumb. Your music stinks!”