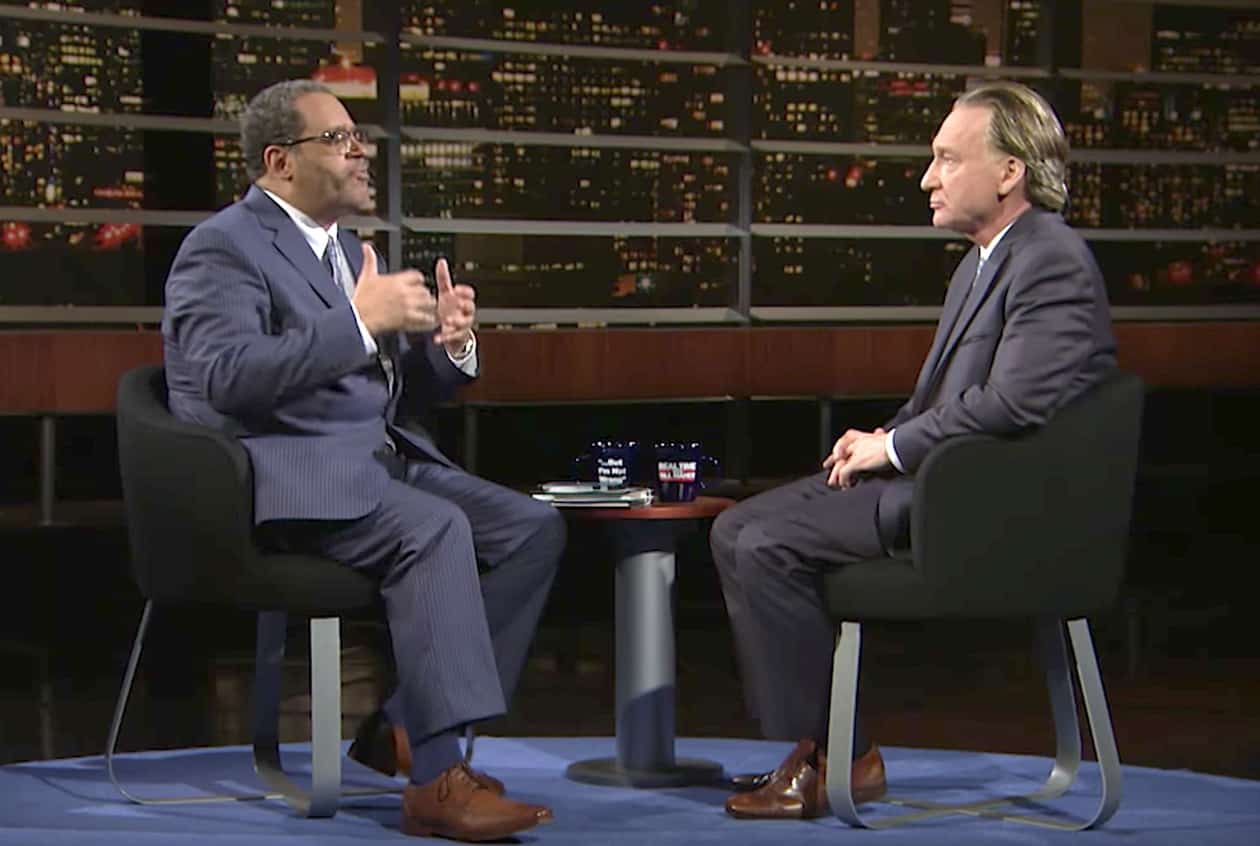 Bill Maher invited MSNBC contributor Michael Eric Dyson on his show Friday night to apologize and discuss his use of the N-word on his show last week.

Maher told Dyson, “I did a bad thing,” adding, “For black folks, that word, I don’t care who you are, has caused pain. It doesn’t matter that it wasn’t said in malice, if it brought back pain to people and that’s why I apologized freely and I reiterated tonight. That’s sincere. I’m not that big of an a–hole.”

Maher then spoke about challenges comedians have:

“Comedians are a special kind of monkey. We are a trained thing that tries to get a laugh.”

He then brought up Kathy Griffin, saying “[she] “owes me a fruit basket for getting her off the front page.”

Added Maher: “Look at what happened to my friend Kathy Griffin. As much as I hate Trump, that’s wrong. You don’t do that to whoever the president is. But she was going for a laugh, and I understand that. We do sometimes cross the line…Kathy Griffin should not go away…You make a mistake, you don’t have to go away. Everyone makes mistakes.”