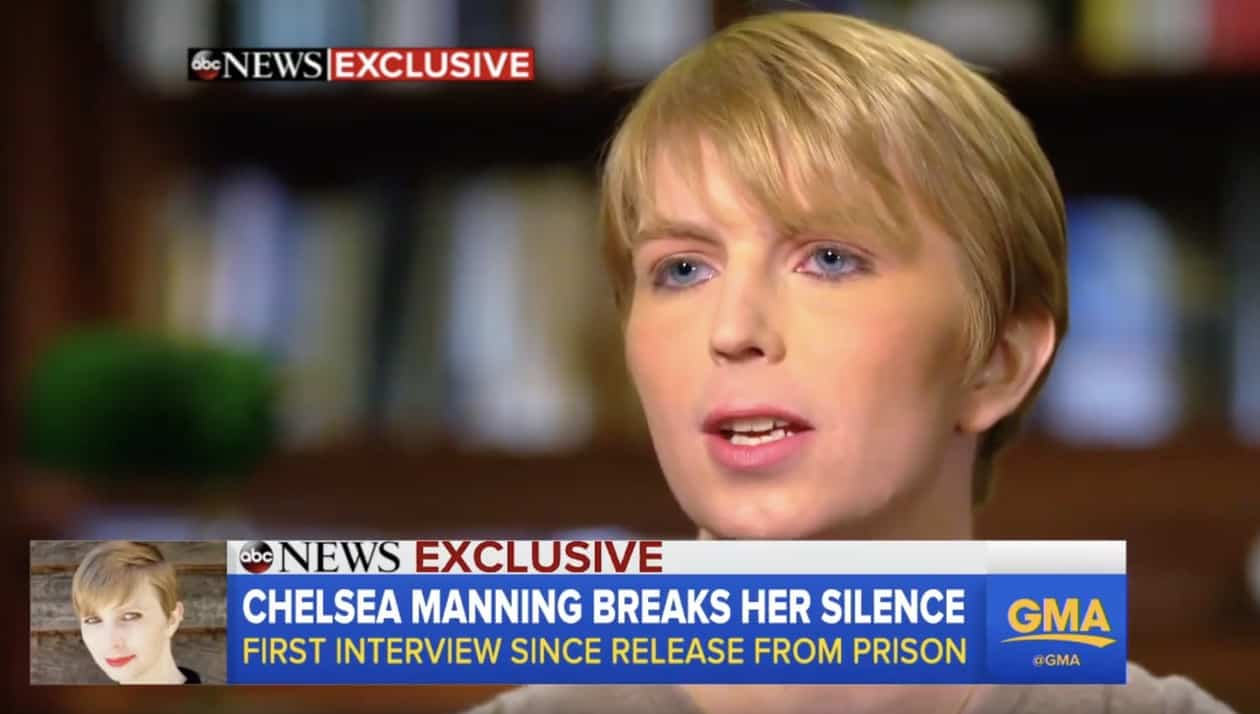 Convicted Wikileaker Chelsea Manning gave the first interview since her sentence was commuted by President Obama and she was freed last month.

After she was sentenced, Manning (birth name Bradley) came out as transgender, and requested hormone treatments, which was originally denied by the military, leading to several suicide attempts and stints in solitary confinement.

On her fight for hormone treatments, Manning said “it’s literally what keeps me alive,” adding “it keeps me from feeling like I’m in the wrong body.”

“I used to get these horrible feelings, like I just wanted to rip my body apart.”

Chang asked the newly freed soldier what she would say to Obama if she had the chance, at which point Manning welled-up, saying “thank you. I was given a chance, that’s all I wanted.”

Chang noted after the interview that while Manning’s sentence was commuted, she was not pardoned, and “the seven years she served was already longer than any other leaker in U.S. history.”