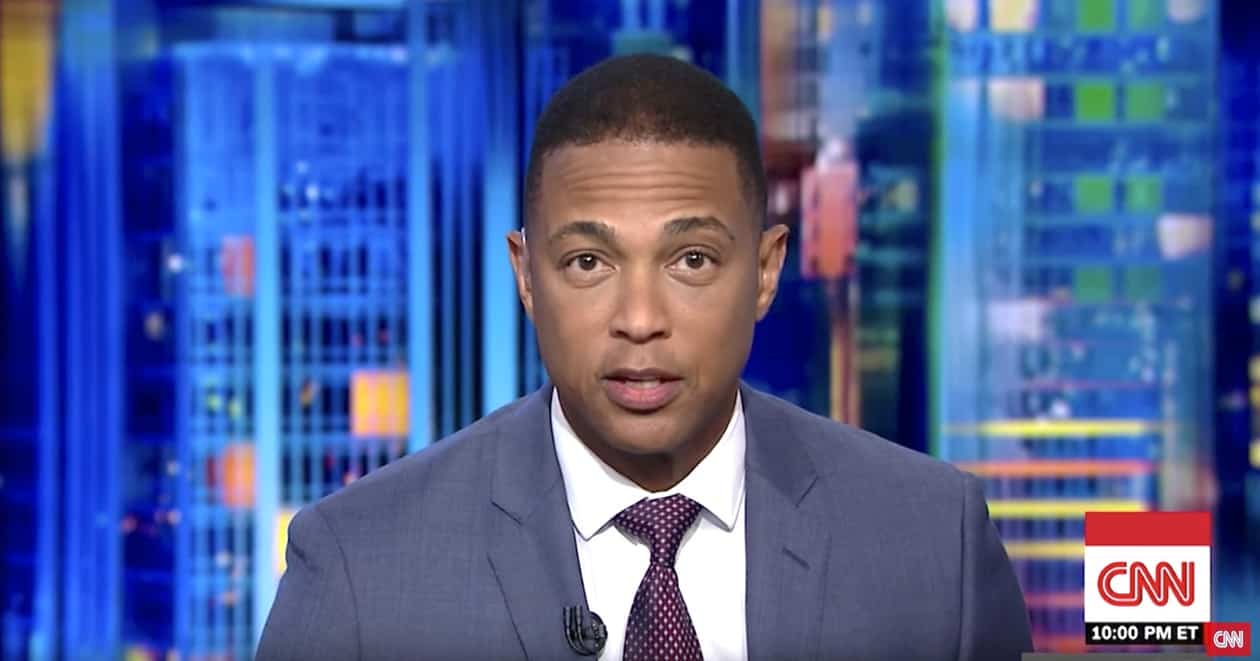 At the top of his show on Thursday night, Don Lemon tore into Donald Trump after dramatically killing the intro music:

“I have heard and said the phrase ‘this is not normal’ so many times that I’m sick of hearing it and sick of saying it. What the president did today was just flat out gross and disgusting. Saying it was juvenile would be insulting to children.”

“If your children said or tweeted what he said, you would discipline them,” Lemon continued. “Any employee would face some very serious consequences. And for any of you out there, any of you attempting to defend what he did, you’re an enabler.”

Lemon then played a clip of Sarah Huckabee Sanders comparing the situation to The Twilight Zone.

“Yes, it is like living in the Twilight Zone,” Lemon agreed. “The president should be ashamed of himself…but he’s not.”

“He apparently thinks he is proving what a tough guy he is, but he’s actually embarrassing himself, his party, and America,” he continued. “In fact his actions show that he apparently doesn’t care about you or America or the dignity of the office. The office of the presidency should be respected, not only by we the people but by the person who is in it. You get what you give.”

Lemon then spoke directly to the GOP.

“So Republicans who are condemning him today who have condemned him before, but still went on to support him, how many times will you look the other way? How can you look at yourselves in the mirror? How can you?”

Finally, he concluded, “You should know that Donald Trump does this because he can, because you allow him to, because you won’t hold him accountable. Mark my words. He’ll do it again. He can’t help himself.”