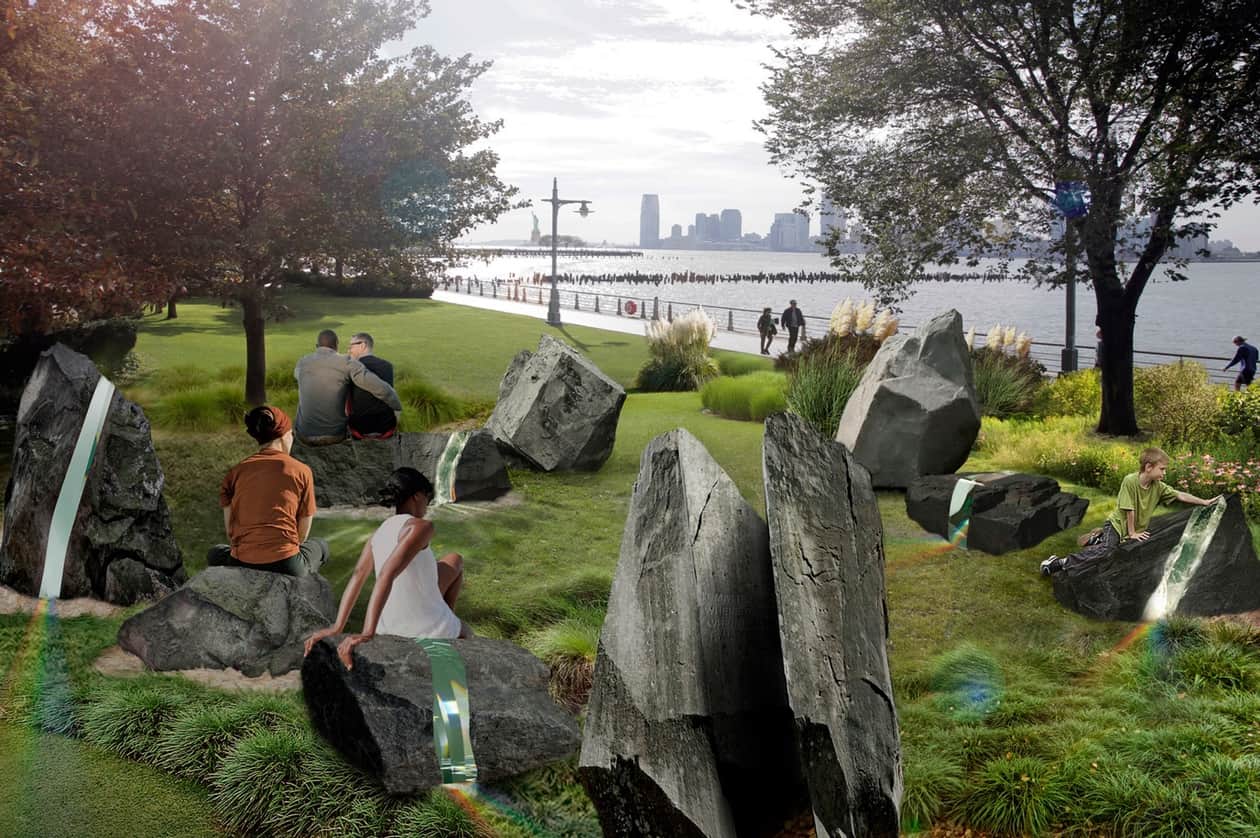 The competition for the monument was launched after the 2016 Pulse nightclub shooting in Orlando and is meant to commemorate victims of that attack as well.

Artist Anthony Goicolea’s design was chosen for the monument.

From the governor’s office:

“This stunning design complements the landscape and communicates a timeless message of inclusion, and this monument will serve as an enduring symbol of the role New Yorkers play in building a fairer, more just world,” Governor Cuomo said. “From Stonewall to marriage equality, New York has always been a beacon for justice and we will never waiver in our commitment to the LGBT community and to creating a more just and inclusive society. This new monument will stand up for those values for generations to come.”

Following the tragic shooting in Orlando, Florida on June 12, 2016, Governor Cuomo issued Executive Order No. 158, establishing the LGBT Memorial Commission, with the mission to design and build a new memorial in honor of the LGBT community and the victims of the Orlando shooting.  The Commission issued a request for proposals in October 2016, and all submissions were judged on their interpretation and clarity of the theme, creativity and originality of depicted theme, quality of artistic composition, site compatibility, and constructability, among other factors.

The site specific design works in harmony with the existing attributes of Hudson River Park and promotes thought and reflection while encouraging people to unite in a communal environment.  It will feature nine modified boulders, some of which are bisected with a clear, laminated, borosilicate-glass with refractory components that act as a prism to create subtle rainbow patterns on the surrounding lawn and nearby objects. 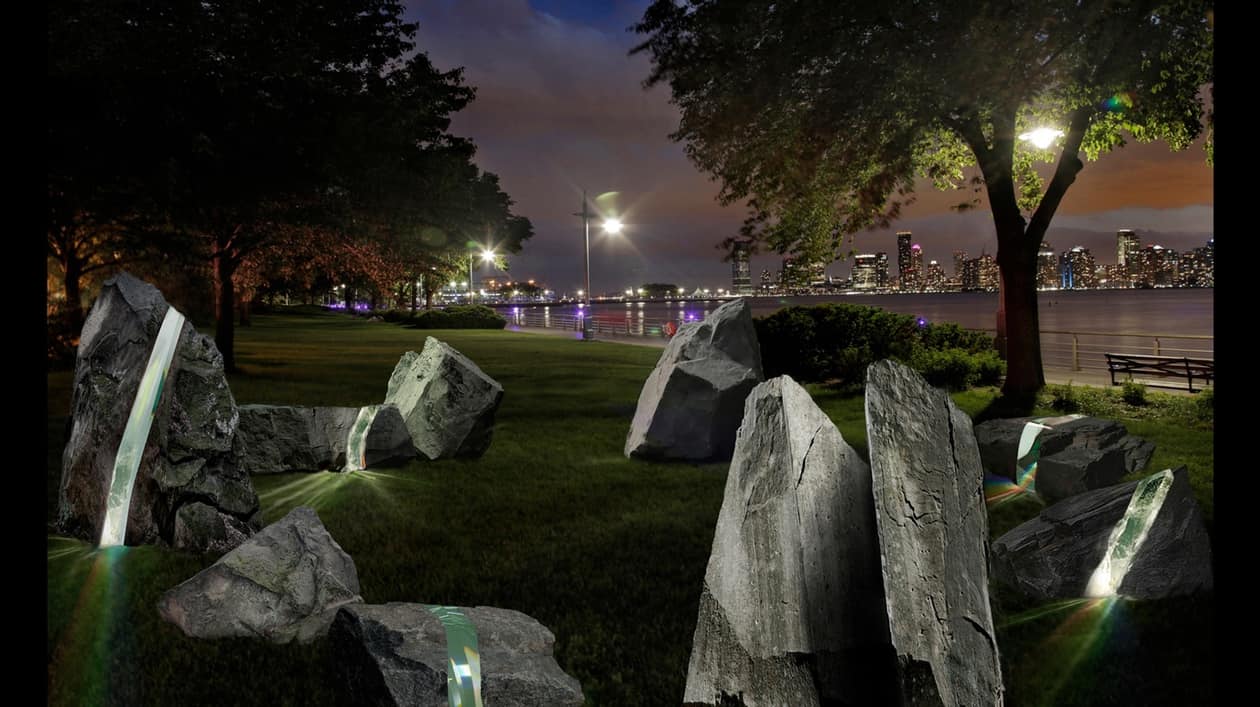 “I am honored to join Governor Cuomo and the LGBT Memorial Commission on this important project to remember those who have been victims of hate, violence, and intolerance, while celebrating the beauty of the LGBT community. This monument will serve as a communal space filled with light, color, and hope where the visitors can sit, mourn, love, and remember for years to come.  I am grateful to the Governor and his administration for the opportunity to be a part of this historic moment.” 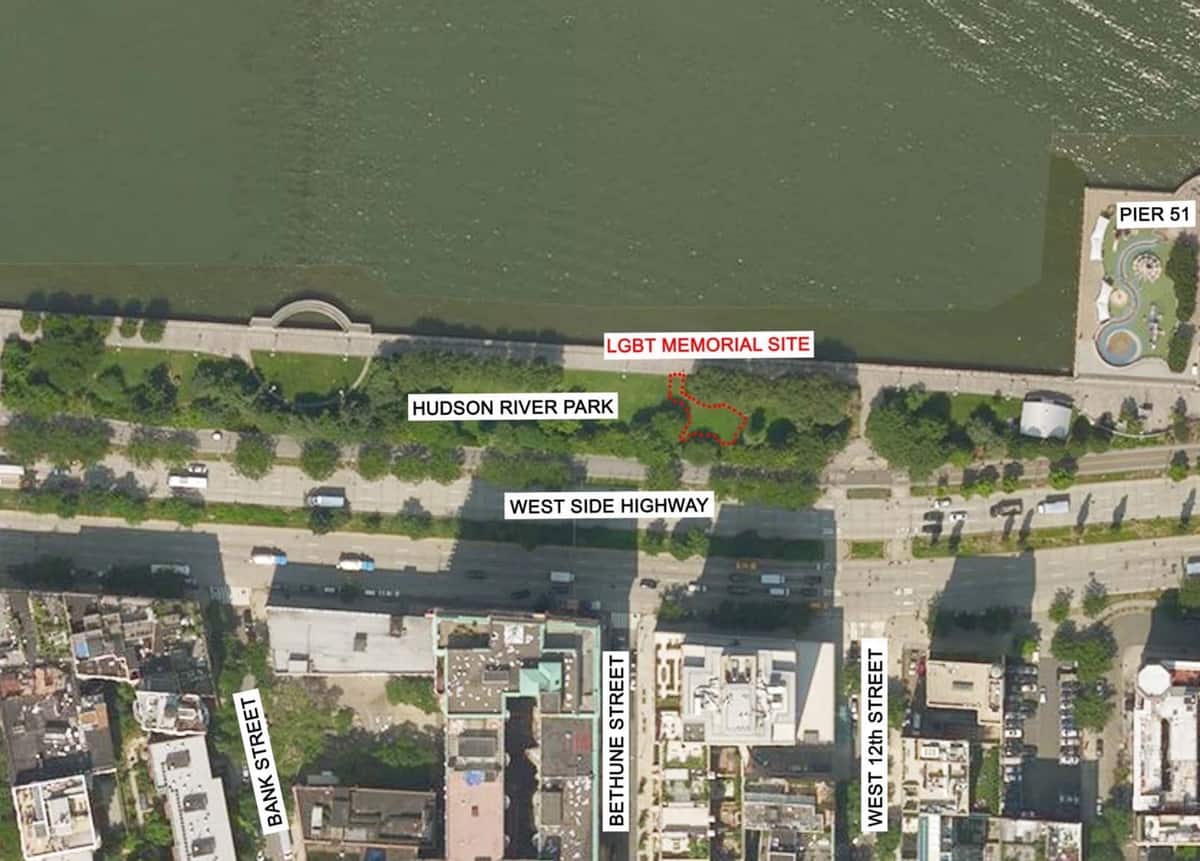