You are here: Home / ‘Moana,’ ’20th Century Women’, ‘All Over the Guy’ and More Films Streaming This June 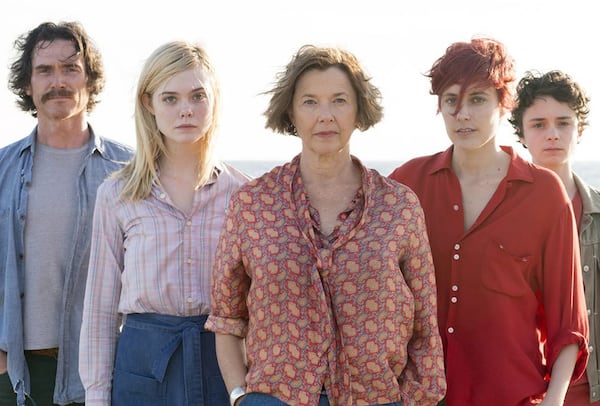 Looking for something to stream while you Netflix and chill? Check out our picks for new films streaming this month below, including 13 Going On 30, 20th Century Women and Moana.

Before she was doing credit card commercials and playing the mom in small movies with weirdly Christian overtones, Jennifer Garner starred in this rom-com charmer that made us fall in love with Mark Ruffalo.

This is the Whitney we choose to remember.

Scandal’s Dan Bucatinsky wrote and stars in this gay rom-com. Eli (Bucatinsky) and Tom (Richard Ruccolo) struggle to overcome their own shortcomings after friends set them up. The film also stars Christina Ricci, Lisa Kudrow, Doris Roberts and Andrea Martin.

Sissy Spacek won an Oscar for her portrayal of country music legend and sequined gown enthusiast Loretta Lynn in this biopic.

Pfeiffer, Sarandon and Cher, oh my!

While all the fuss at the last Academy Awards was about Best Picture, the real scandal was Annette Bening losing Best Actress. She delivers an incredible performance in this coming-of-age story about a boy growing up in the late ‘70s and his complicated relationship with his mother.

The first theatrically-released film directed by an African-American woman is not just an important piece of history (and partial inspiration for Beyoncé’s Lemonade); it’s also a moving multi-generational story about Gullah women.

A feminist musical starring The Rock is not just something I wished for; it’s also the latest not-just-for-kids film from the team that brought us Frozen.