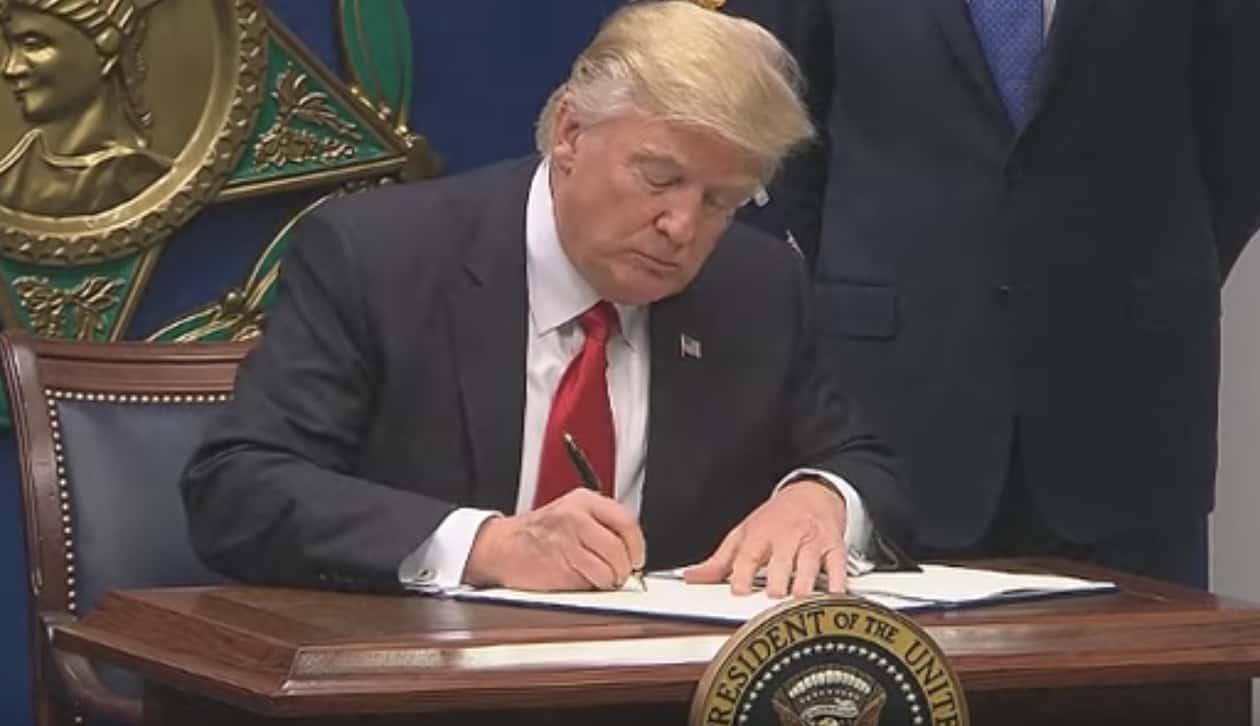 On Monday, the United States Supreme Court allowed a severely limited Muslim travel ban to go into effect. On Thursday, the Trump Administration was ready with its guidance for implementing that decision. To no one’s surprise, the guidance makes absolutely no sense. And, as such, it probably violates the Court’s order.

Despite his protestations to the contrary, Donald Trump campaigned on banning Muslims from coming into this country. He keeps calling it a “travel ban.” He even took the opportunity to radically misunderstand an tragedy in London to call for the immediate implementation of his ban. But the law is getting in his way.

Within hours of Trump announcing his first travel ban, protests erupted at almost every major city. Lawyers challenged the ban’s constitutionality in various district courts, challenges that culminated in nationwide injunctions preventing the order from going into effect. Several of those decisions held that the travel ban discriminated on the basis of religion. A three-judge panel of the Ninth Circuit, which was hastily assembled for a teleconference to hear the Administration’s appeal of the injunction, slapped the Administration down, as well. The Ninth Circuit’s reasoning was a little narrower: The Administration exceeded its statutory authority in issuing the ban.

But the Court put a significant restriction in place. The injunction would remain for “foreign nationals who have a credible claim of a bona fide relationship with a person or entity in the United States,” meaning Trump could not stop them from coming in. But the Administration could keep out those persons who did not, thus suspending some immigration and the refugee program for “foreign nationals abroad who have no connection to the United States at all.”

We can debate the validity of that decision, but set that aside for the moment.

The Administration translated “bona fide relationship” into “close family.” These are the family relationships Trump thinks are “bona fide” or “close”: “parent (including parent-in-law), spouse, child, adult son or daughter, son-in-law, daughter-in-law, sibling, whether whole or half. This includes step relationships.”

Who is not included? “‘Close family’ does not include grandparents, grandchildren, aunts, uncles, nieces, nephews, cousins, and any other ‘extended’ family members.”

When I read the Court’s decision, I thought the problem would be agents on the ground trying to implement an ambiguous standard. Instead, the Administration issued a cruel, rigid, and dishonest interpretation of the Court’s order.

First, it gets the Court’s decision wrong. The Court said that the only people to whom the Administration could apply the travel ban were those “foreign nationals abroad who have no connection to the United States at all” and “a foreign national who lacks any connection to this country.” Under no circumstances do grandparents and grandkids have no connection to each other. The Supreme Court’s restriction was meant to make the ban extremely narrow. Trump basically ignored the limitation.

Second, it’s too rigid. “Bona fide” relationships often exist between grandparents and grandchildren and between aunts and uncles and nieces and nephews. Not every family looks like every other family. Sometimes, grandparents raise their children’s kids. Sometimes, extended family members live with each other. Sometimes, nuclear family members are estranged. And, as the LGBTQ community knows well, sometimes two men and two women who cannot marry are the closest families around.

Third, and worst of all, this “bona fide relationship” or “close family” rule is being applied to refugees from a war zone. Syria has been destroyed by war for nearly 7 years. Some estimates put the death toll at 400,000 Syrians. It’s not unreasonable to think that the very refugees who are desperately trying to escape death have lost family members, many of whom couldn’t make it anywhere, let alone the United States. To suggest that every refugee needs not only a relationship but an artificially close relationship will basically make it impossible for all but a very lucky few.

The implementing guidance needs to be challenged. The travel ban needs to go. So does Trump.