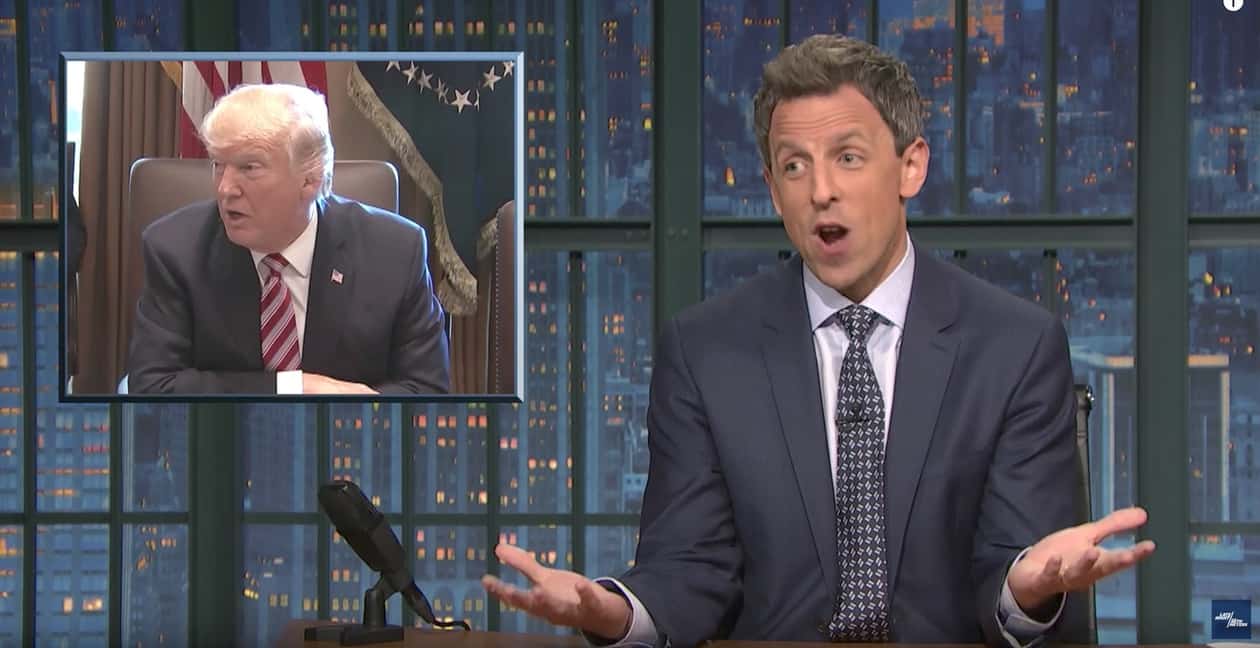 But first, Meyers looked at Trump’s “outlandish” claim that he’s done more than any president aside from FDR.

Quipped Meyers: “That’s right. There’s never been a president who’s done more. ‘Even Bill Clinton took six years to get impeached. I might do it in six months, guys.”

But really, Meyers noted. Trump has signed no major legislation since he’s been in office. But nobody in his cabinet is going to point that out, because, as we saw yesterday, they’re forced to go around the table and praise him.

“Is there anything creepier than watching Trump make his staff go around the room and praise him?”, Meyers asked. “Even Kim Jong Un is like ‘dude, have some self respect.'”

Meyers then moved on to Trump’s press conference last week in which he denied that he said the things Comey accused him of (asking for loyalty) but added that even if he had, there would be nothing wrong with it.

“He just can’t help himself. He’s like a husband who denies cheating on his wife but also wants credit for getting laid.”

Meyers then played a sound bite of Trump objecting to Comey’s accusation: “Who would do that?”

Previous Post: « Colton Haynes: ‘I Lost My Virginity at 13…to a Girl, and a Guy’
Next Post: N.J. School Suspends Yearbook Advisor After Trump T-Shirts are Edited Out of Student Photos »