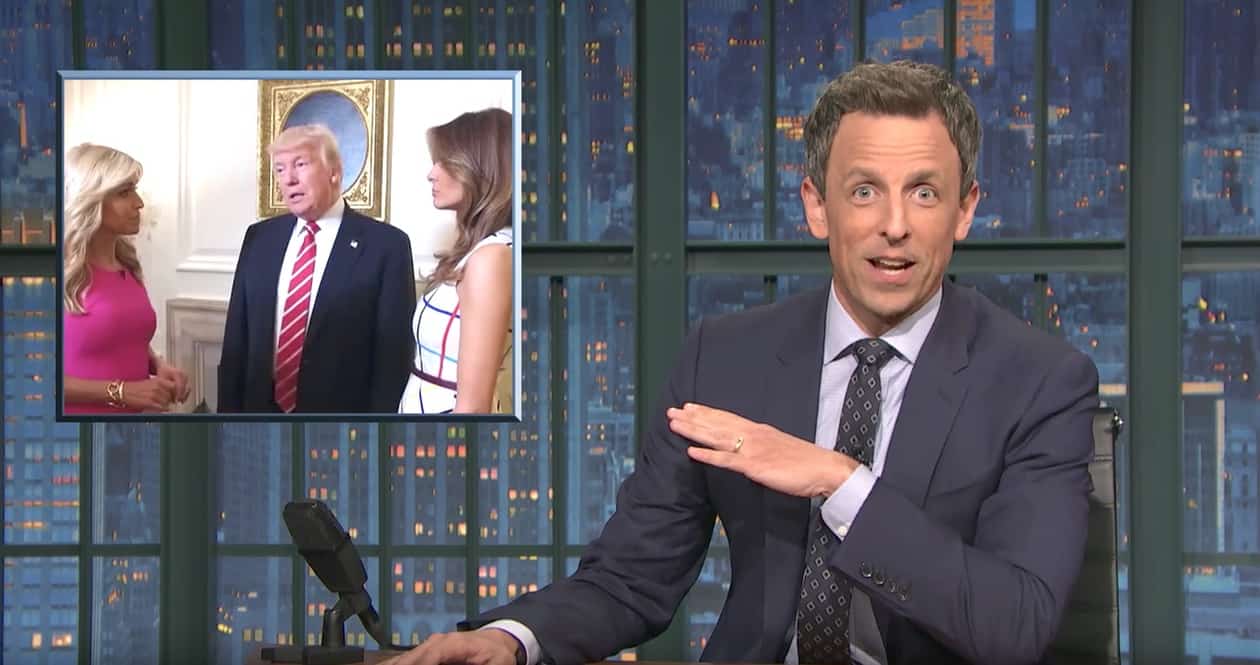 But first he took a look at Trump’s ever-changing story about why he fired FBI Director James Comey and his admittal that there are no tapes, an assertion he repeated in a nonsensical FOX & Friends interview on Monday.

Said Meyers: “What? You sound like someone dropped a box of magnetic poetry into a blender…Now if you heard someone rambling like that on the subway, you’d switch cars.”

Meyers then turned to the Senate GOP Trumpcare bill which attacks the poor and the old, addicts, Planner Parenthood and its clients, and the Centers for Disease Control. It would also leave 22 million people without healthcare.

“The only way this bill could be more cartoonishly evil was if it mandated tying damsels in distress to railroad tracks. The bill is essentially a giant tax cut for the wealthy paid for with Medicaid cuts.”

Meyers had another simile for the bill, which Trump himself has called “mean” and secretive: “This bill is like a Slipknot tramp stamp. You definitely want to hide it and the people who have seen it are terrible people.”

Also, Trump apparently just realized there’s a movement called “resist” to oppose his policies, and suggested that the theme of the movement should be, “let’s get together. Envelope.”

Quipped Meyers: “What? You think their theme should be ‘let’s get together. Envelope?” And you’re supposed to be the marketing genius?”