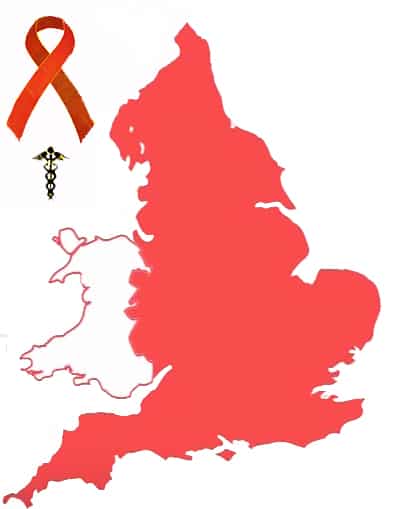 Health officials in the United Kingdom expressed pleasant surprise at numbers depicting a clear drop in new HIV infections among gay and bisexual men in England.

Figures have decreased from 2,060 in 2014-15 to 1,700 in 2015-2016, with London showing the most significant drop. Public Health England cites increased testing, timely treatment with HIV therapy, as well as broadened use of pre-exposure phrophylactic drugs, or PrEP.

Published in the journal Eurosurveillance, the PHE study looked at data from 200 sexual health clinics in England.

It found that new diagnoses of HIV in gay or bisexual men at five busy London clinics, where Prep is being trialled, had decreased from 880 in 2014-15 to 595 in 2015-16 – a drop of 32%. And this drop had occurred despite the number of these men being tested in these clinics rising by 50% over the same period.

At 30 other London clinics, new diagnoses fell by just 8%. And in 191 clinics across England, the drop was about 5%. Overall, this amounted to a 17% fall in England.

Among heterosexuals, who are not included in the Prep trial, new HIV diagnoses did not fall – staying at about 1,500.

The new data back up preliminary figures that indicated a decline, and are likely to lead to further access to PrEP via the National Health Service, a still-recent development. Trials of the drug have taken place at eight clinics in London and several elsewhere in England. Scotland has indicated it will also provide PrEP through the NHS, while Wales is about to begin its own trial.

The trend represents a breakthrough in attempts to reduce the spread of HIV:

Dr. Michael Brady, medical director of Terrence Higgins Trust, said after years of high rates of HIV diagnoses among gay and bisexual men, such a sharp drop in England was “remarkable.”

“This points towards what can be achieved when we utilize all the weapons in our arsenal against HIV transmission,” he said.

Previous Post: « High Stakes for LGBTQ Equality in the Anti-Gay Baker Case at the Supreme Court
Next Post: Merkel: CDU Lawmakers Can Vote with Their Conscience on Gay Marriage on June 30 »