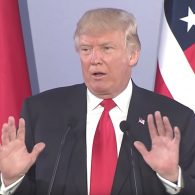 SHUFFLE. Trump shakes up legal team amid higher scrutiny: “Marc Kasowitz, has not outright been removed from the team, two sources with direct knowledge of the situation told ABC News Thursday night. Instead, Ty Cobb will take the lead of the external legal team managing the response to the Russia probe, with Kasowitz remaining in a lesser role. The rest of the team remains.”

LANA DEL REY. Dumping the American flag because of Trump.

PARTICULARLY UPSET. Trump doesn’t want Mueller to see the tax returns: “His primary frustration centers on why allegations that his campaign coordinated with Russia should spread into scrutinizing many years of Trump dealmaking. He has told aides he was especially disturbed after learning Mueller would be able to access several years of his tax returns.”

SWINGERS. The Will and Jada Pinkett Smith rumors are back. 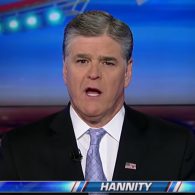 REVOKED. Sean Hannity will no longer receive William F. Buckley award: “Giving an award in his name to Hannity — a pugnacious talk radio host who has shared conspiracy theories on his popular cable news show — had caused hand wringing among some conservatives. It also caused distress among Buckley’s family — in particular his only child, best-selling author Christopher Buckley. A source familiar with the situation tells CNN that Christopher Buckley “expressed great dismay” at the announcement that the award would go to Hannity, who has spent a great deal of time insulting conservative intellectuals on Twitter, particularly since he became a strong supporter of Donald Trump.

MICHAEL FASSBENDER. Here’s the terrifying  first trailer for The Snowman. 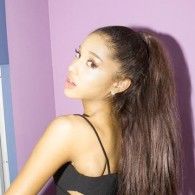 ARIANA GRANDE. Billboard named her the “Gay icon of her generation” and some people aren’t having it: “In the piece published Wednesday, the writer provides eight reasons why the Into You singer has earned the title. The list includes admirable actions — her love for her gay brother, her performance at New York City Pride in 2015 and her affection for the LGBTQ community — and the seemingly less meaningful — sensual Side to Side lyrics and a spot-on Celine Dion impression. On Twitter, disapproval ran rampant.”

DANCING QUEEN. It’s The Queen’s favorite song, naturally: “I always try to dance when this song comes on, because I am the Queen, and I like to dance.”

BRISTOL  UK. Two men accused in homophobic attack say it wasn’t because the two victims were gay: “The charges relate to an incident on May 7, in which Mr Jennings suffered facial injuries on Park Street as he walked to meet his boyfriend after spending the evening in popular gay nightclub OMG. A picture of him in the aftermath of the incident was posted on social media.

ANOTHER DIRECTION. Louis Tomlinson just dropped a new single called “Back To You”.

LIKE A DAMN DOLPHIN. Humpback whale leaps clear of the water.

TRAILER OF THE DAY. Todd Haynes Wonderstruck. “Based on Brian Selznick’s critically acclaimed novel, Ben and Rose are children from two different eras who secretly wish their lives were different. Ben longs for the father he has never known, while Rose dreams of a mysterious actress whose life she chronicles in a scrapbook. When Ben discovers a puzzling clue in his home and Rose reads an enticing headline in the newspaper, both children set out on quests to find what they are missing that unfold with mesmerizing symmetry.”