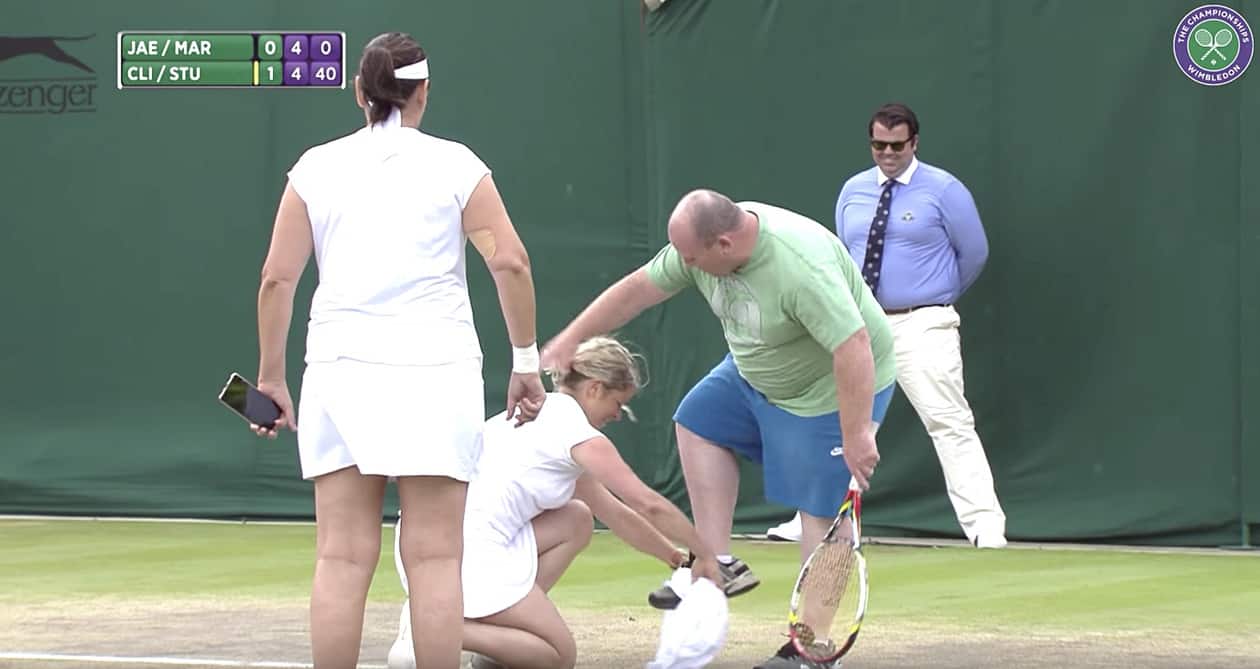 In case you missed it, the most viral moment at this year’s Wimbledon came on Friday when Kim Clijsters invited a man from the stands on to the court who had suggested she make a “body serve”.

And things got hysterical after Clijsters gave the man a tennis skirt to wear because he wasn’t wearing regulation white clothing.

The man, Chris Quinn from Wicklow, Ireland, talked about the moment with The Irish Times:

“I thought I was going to be arrested. This kind of thing doesn’t happen at Wimbledon. It was one of those moments when you think maybe I shouldn’t have said anything. Before I knew it I was down on the court and they were putting me into a skirt. I used to play American football, I’ve big legs – as you can see I’m a big guy! But I didn’t think about it, I just pulled it up and one of the other ladies got a white top for me. It was great. Life is short, and it’s not many people who can say they got the chance to play at Wimbledon.”

Previous Post: « Conor McGregor on Floyd Mayweather’s Anti-Gay Slur: ‘People Are So Touchy on Words’ – WATCH
Next Post: Delta Air Lines Kicked Ann Coulter Out of Her Extra Legroom Seat — and Twitter Had a Field Day »