JOHN MCCAIN. On Trump’s transgender ban: “I think they realize they made a mistake,” McCain said. “I think generally speaking, it’s accepted you consult the Secretary of Defense before you make a decision that has to do with defending the nation. Mattis was going through a study that they’d done for six months, and he had just extended.”

SENATOR LINDSEY GRAHAM. Trump firing Mueller “could be the beginning of the end” of his presidency.

Sen. Lindsey Graham warns Trump firing special counsel Mueller "could be the beginning of the end" of his presidency https://t.co/HQ4e4kEXl5

DANCING WITH THE HAS BEENS. Sean Spicer is on the list: “Spicer, who announced his resignation Friday, was seen coming out of high-level meetings at ABC, NBC, CBS and Fox News in Manhattan, according to sources. A source told us some news execs ‘made the full-court press’ as they competed to woo the high-profile spokesman — who brought in solid ratings and plenty of late-night fodder — while others ‘just kicked the tires.’ But there’s also speculation 45-year-old Spicer’s next stop could be showing off some spicy dance moves on ABC’s Dancing with the Stars.'”

RUSSIA SANCTIONS. Bringing us to the brink. 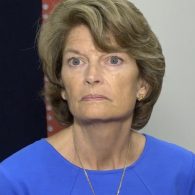 REPERCUSSIONS. Trump threatens Alaska over Murkowski vote against Trumpcare: “Early Wednesday, Trump took to Twitter to express displeasure with Murkowski’s vote. By that afternoon, each of Alaska’s two Republican senators had received a phone call from Interior Secretary Ryan Zinke letting them know the vote had put Alaska’s future with the administration in jeopardy. The response follows Trump’s no-holds-barred style of governing, even when it comes to his own party. It is his first strike of retaliation against Murkowski, however, despite her tendency to stray from the party line and the president’s priorities.”

. @POTUS Sincerely, did you know of the group you singled out today, 45% of them ages (18 to 24) have attempted suicide already?

Within the Trans Community are many also who are strong & brave. They should be able to serve if they wish. To have honor if they do @POTUS

SURVEILLANCE. Russia used Facebook to spy on Emmanuel Macron. “About two dozen Facebook accounts were created to conduct surveillance on Macron campaign officials and others close to the centrist former financier as he sought to defeat far-right nationalist Marine Le Pen and other opponents in the two-round election, the sources said. Macron won in a landslide in May.” 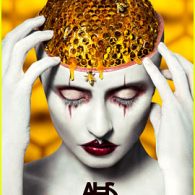 COSTS. Military spent more on Viagra than trans-related care: “Military Times reported in 2015 that the military spent $84 million on erectile disfunction medications such as Viagra and Cialis the year before. Meanwhile, a 2016 Rand Corporation study estimated that the maximum annual medical costs for transgender military members would be around $8.4 million, Business Insider reports. ”

STAND UP ROUTINE OF THE DAY. Patti Harrison on The Tonight Show.

SOUTH CAROLINA. Court rules that domestic violence law is unfair to gay couples: “Current law defines “household members” as a spouse, former spouse, people with a child in common, or men and women who are or have lived together. It does not include unmarried same-sex couples.”

JOHN BARROWMAN. He was rushed to the hospital for an emergency appendectomy.

TO SAVE THE WORLD. Madonna performs at Leonardo DiCaprio Foundation benefit against global warming in St. Tropez:

MUSIC VIDEO OF THE DAY. Kesha “Learn To Let Go”.